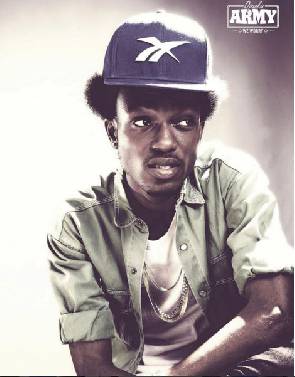 He was speaking to the media during the launch of “We Bless You “album by Cross Over Choir at Dawenya in the Greater Accra region recently.

“I nearly died but God saved my life and gave me a second chance to live on this earth,” Dadie Opanka sorrowfully said.

According to him, his Abubro Nkosua song was to tell God that he was grateful and that He (God) should always be by him, especially in times of trouble.

He went on to add that “nobody had an idea of what nearly happened to him.”

He recounted that the whole thing started last year, January 2015 when his heart started beating very fast to the extent that he could even feel it in his hands.

That situation, he further recounted, led to his hospitalisation where sixteen drips were put on him so as to enable him survive.

“That was my first time I was being given a drip since I was born but God saved me from death,” he said.

According to Opanka, he went black and did not know what was happening until he woke up a couple of days later.