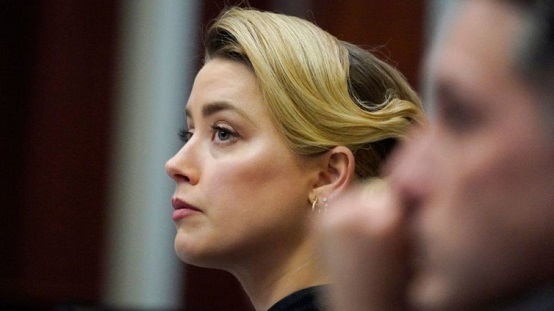 Amber Heard’s team has filed an appeal for the reversal of jury’s $10 million verdict against her, or an entirely new trial. She was asked to pay the amount to ex-husband Johnny Depp following a defamation trial held earlier this year.

Less than a month after Johnny Depp appealed against Amber Heard being awarded $2 million in their high-profile defamation case, Amber’s lawyers have now reportedly filed a new 68-page appeal against him, claiming that the verdict will have ‘chilling effect’ on women who are trying to speak up against abuse by powerful men.

Amber had filed her appeal last month in a Virginia court in the US, and argued that the exclusion of some of her therapy notes, in which she reported being abused by Johnny, resulted in an unfair trial, as per a new report.

“The trial court erroneously refused to dismiss this action on the ground of forum non conveniens, based on its mistaken conclusion that Depp’s claims arose in Virginia because the Washington Post’s servers are located here,” responded Amber’s new lawyers Jay Ward Brown and David L Axelrod in the November 23 filed document, reported Deadline.

Amber Heard’s team made objections revolving around Judge Penney Azcarate’s decision to not consider certain parts of ‘highly probative’ evidence, which included detailed notes from therapists that document the allegations of abuse.

“This case also should never have gone to trial because another court had already concluded that Depp abused Heard on multiple occasions,” the 68-page document stated. “The trial court also erred in overruling Amber Heard’s demurrer, in which she argued that the challenged statements are non-actionable expressions of opinion and are not reasonably capable of conveying the alleged defamatory implication,” appealed the court document that now seeks to have more than $10 million verdict against her reversed or tossed out for demanding a new trial.

Johnny had sued his ex-wife Amber in March 2019 for $50 million on account of her op-ed in The Washington Post in 2018, where the she had written about being a ‘public figure representing domestic abuse’. In his follow-up to the filings, Johnny had said that it was him, who was abused in the couple’s relationship. The seven-week defamation trial that followed, concluded in favour of Johnny, who was awarded $10 million in compensatory damages and $5 million in punitive damages. The punitive damages were further reduced to $350,000, still the highest in the State. Amber, on the other hand, was also awarded $2 million in damages.