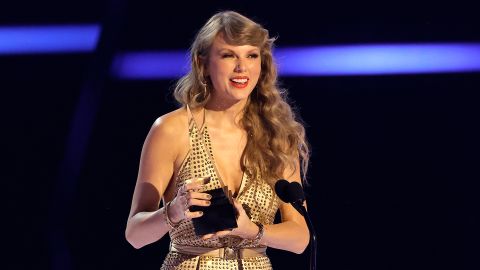 The show, produced by dick clark productions and ABC, was hosted by Wayne Brady.

The star-studded event celebrated the year’s best music and performances, as voted on by fans.

Puerto Rican performer Bad Bunny topped the list of nominees this year with the most nods, earning eight, including his first-ever for artist of the year. He ended up taking home two awards – for favorite male Latin artist and favorite Latin album, for “Un Verano Sin Ti.”

The night belonged to Taylor Swift, however, who won in all six categories for which she was nominated, including artist of the year, the night’s top honor. The wins cemented Swift as the most decorated artist in AMAs history, with 40 career wins.

Lionel Richie, a 17-time AMA winner, was honored with the Icon Award for his career contributions to the music industry. Charlie Puth, Stevie Wonder and other artists gave a heartfelt tribute performance for Richie.

The show announced some of the winners prior to the broadcast.

Elton John took home his first AMA win since 1988 for best collaboration with Dua Lipa, becoming the longest-recognized artist in the awards show’s history. (He was first nominated for an AMA in 1974.)