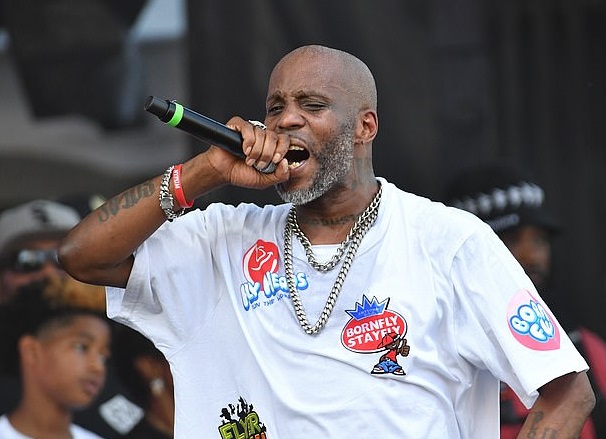 Rapper DMX has been admitted to the hospital after reportedly suffering a drug overdose at his home.

The 50-year-old rap artist, whose real name is Earl Simmons, is said to be in a 'vegetative state' after suffering a heart attack brought on by the OD, TMZ reported Saturday.

Sources told the tabloid DMX overdosed around 11pm Friday and was rushed to the hospital in White Plains, New York, where he is now in critical care.

His exact condition is not known, but doctors reportedly fear he may not pull through. One source, however, says the rapper has 'some brain activity.'

READ ALSO:Â Video: Abena Korkor weeps as she announces her sack from TV3

DMX, who is considered one of the biggest rappers of the 90s and early 2000s rap era, is known to have battled substance abuse throughout his career and has served time in jail for various drugs offenses over the years.

In 2019 he was released from a West Virginia federal prison after serving a year behind bars for tax fraud.

On top of jail time, the Internal Revenue Service ordered him to pay $2.3 million in restitution.

Prosecutors said the star had dodged taxes by living on cash, without maintaining a bank account or filing required tax returns to the IRS.

The native of Yonkers - a suburb of New York - was under supervised release for three years.

DMX, whose deep, gravelly voice and dark, often violent lyrics catapulted him to fame in the early nineties, has a colorful criminal history.

The father of 15 has been arrested for a variety of offenses over the years including drug possession, reckless driving, animal cruelty and failing to pay child support.

Artistically he is best known for his 2000 smash hit "Party Up (Up In Here)," in which he belittles other rappers.

DMX was rumored to have spent his year in prison writing new songs, with plans to drop a new album now that he is free.