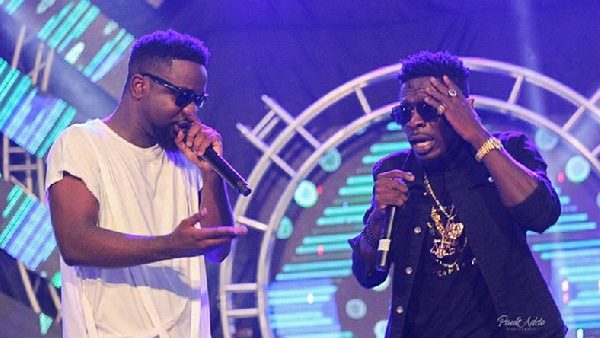 Shatta Wale has once again incurred the wrath of Sarkodie and he did not spared him this time around.

The dancehall act whilst speaking on TV3 has chastised the rapper for dropping a new freestyle â€œSub Zeroâ€, which fans believe itâ€™s a shady track to other musicians who have been trying to beef him, including Shatta Wale, though the rapper mentioned no name.

In his bid to call his arch-rival to order, Shatta Wale said this is not the time to drop diss tracks because people are dying due to the Coronavirus outbreak.

Berma gyae gyimie no ... you feel say I get time to throw shot at you by this time... emotional singers https://t.co/WKUwux0cWZ

â€œI am disappointed, I thought you were going to tell me he donated some things ... if Sarkodie really threw a shot at me in this time of our lives when people are dying then I think â€¦ â€ Shatta said.

Reacting to Shattaâ€™s comment, Sarkodie tweeted that â€œBerma gyae gyimie no ... you feel say I get time to throw shot at you by this time... emotional singersâ€.