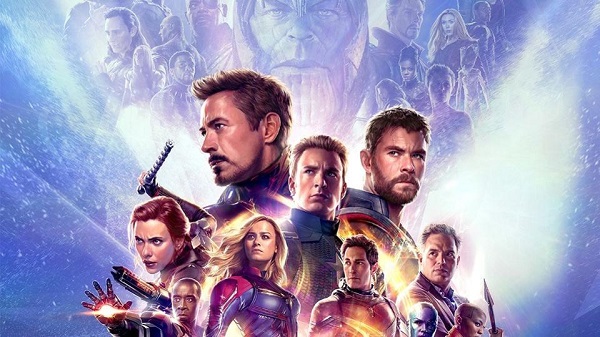 Avatar’s 10-year reign as the world’s highest-grossing film has ended.

Marvel chief Kevin Feige hailed the achievement at Comic-Con in San Diego this weekend, although it was still officially $500,000 short at the time.

In the UK, however, the film can only claim fifth place on the all-time box office chart.

Star Wars; The Force Awakens is still the country’s top-earning movie, after taking £123.2m at the box office in 2015.

It is followed by two Bond movies, Skyfall and Spectre, and Avatar, which is £3m ahead of Endgame’s current tally of £91m.

The Force Awakens is also the box office champion in North America, meaning Endgame’s record-breaking haul was down to a strong international showing.

The film, which starred Robert Downey Jr as Iron Man, Scarlett Johansson as Black Widow and Chris Hemsworth as Thor, collected $629m in China, $105m in South Korea and $85m in Brazil.

Avengers: Endgame has not just been a success at the box office – it has also drawn widespread critical acclaim.

Reviews when it was released spawned descriptions such as “glorious”, “irresistible”, “intensely satisfying” and “masterful”.

Its score on reviews aggregator Rotten Tomatoes is over 90%.

Disney bought Marvel Studios in 2009 and recently completed its acquisition of Fox, which owned the rights to Avatar.

That means the “House of Mouse” is now home to seven of the top 10 highest-grossing films of all time – including all four Avengers films.

Marvel announced its next 10 superhero movies, with seven due in 2021 alone, at Comic Con in San Diego this weekend.

What are the numbers?
Avengers: Endgame has set numerous box office records already – including the biggest global opening of all time at $1.22bn when it was released in April, breaking the record of 2018’s Avengers: Infinity War.

An Avengers: Endgame re-release with added footage at the end of June, and the recent release of Spider-Man: Far from Home, helped give Endgame a box-office boost.

It finally surpassed the $2.9bn mark on Sunday – but box-office figures are not adjusted for inflation and Avatar would still be ahead if they were.

Even then, though, James Cameron’s ecological allegory wouldn’t be the top dog. Film historians estimate that Gone With the Wind still has a case for being the most successful film of all time.

According to the Guinness Book of Records, its inflation-adjusted box office takings would be $3.44 billion (£2.7bn).

What’s it all about?
Endgame is the 22nd offering in the Marvel Studios superhero franchise and the fourth in the blockbuster Avengers series.

Most of the storylines in the Marvel movies since then have had objects called Infinity Stones playing a significant role.

Pats on the back from the bosses
Kevin Feige slipped out congratulations at Comic Con as he announced a bumper crop of 10 new superhero movies.

He admitted it would be “a matter of days” before Endgame became “the biggest film in history” and that “if you adjust for inflation, [James Cameron] still holds the title”.

But he added to a large ovation: “But for right now today in Hall H, thanks to you, Avengers: Endgame is the biggest film of all time.”

Alan Horn said in a statement: “Huge congratulations to the Marvel Studios and Walt Disney Studios teams, and thank you to the fans around the world who lifted Avengers: Endgame to these historic heights.”

Actor Chris Hemsworth – aka Thor – said on Instagram: “Thank you to all the fans around the world that lifted Avengers Endgame to historic heights making it the top grossing film of all time!”

Avatar 2 has a current release date of December 2021.