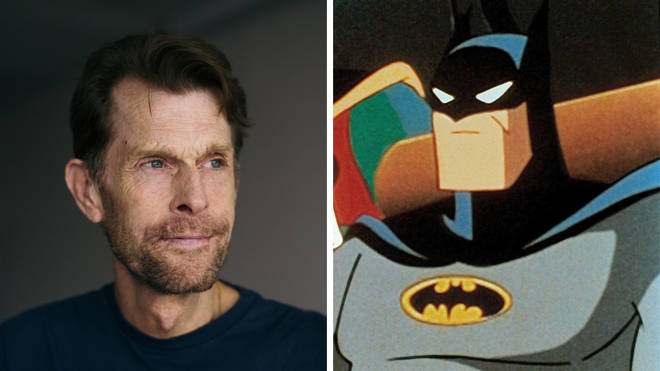 Kevin Conroy, who is best known for voicing Batman, has died aged 66.

He first played Bruce Wayne 30 years ago in Batman: The Animated Series and went on to appear in a number of TV shows, feature films and video games.

He also voiced the superhero in the video games Arkham Knight and Arkham City and also appeared in a 2019 episode of Batwoman.

His agent Steven Neibert told the BBC: "The voiceover community lost one of the greats.

"I am completely devastated as I worked with him for over 25 years."

Conroy was described as a "dear friend" by casting director Andrea Romano.

She added that: "Kevin's warm heart, delightfully deep laugh and pure love of life will be with me forever."

DC Comics said they were "deeply saddened" by the news.

DC is deeply saddened at the passing of Kevin Conroy, a legendary actor and the voice of Batman for multiple generations. He will be forever missed by his friends, family, and fans. https://t.co/GgdfYvoKVL pic.twitter.com/pSy8h29h6r

Star Wars actor Mark Hamill, who played Batman's nemesis The Joker in Batman animations and video games, said Conroy was "one of my favourite people on the planet" in his statement, adding he "loved him like a brother".

In an interview with The Hollywood Reporter in 2017, Conroy said he had got his inspiration for the voice of Batman from the 1930s film The Scarlet Pimpernel.

"I played Bruce Wayne as sort of a humorous playboy to counteract the brooding nature of Batman," he said.