Bessa Simons takes over from Obour as acting MUSIGA President 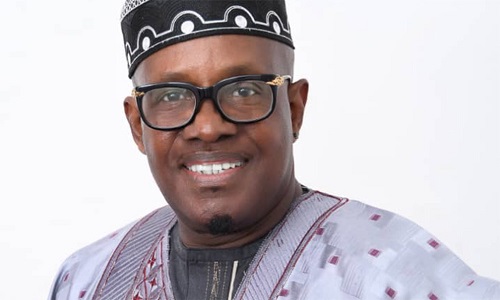 Bessa Simons' appointment was confirmed at a meeting on Friday, August 30 and he is expected to lead the body until the national executive elections take place.

This follows the end of the tenure of the Bice Osei Kuffour aka Obour led administration which ended on August 11, 2019.

According to Obour, in line with the Union’s constitution, no president should exceed the eight-year term limit.

And since his time is up, he does not want to appear to be clinging on to power after the expiration of his constitutional mandate hence his decision to hand over power to the NEC of the Union to appoint an Interim Management Committee.

“With the announcement of the election road map last year, I had made plans to further my education and pursue other interests.

“So my continued stay as the President of MUSIGA would be an abuse of the Union’s constitution and will also affect the Union’s operations since I can’t give it my full attention.”

Meanwhile, the NEC also resolved to seek an Alternative Dispute Resolution to the court suit brought against the Union by Ras Caleb Appiah-Levi, a presidential aspirant in the race to succeed Obour.

According to Ras Caleb, who was part of the meeting, he agrees in principle to the idea to seek an ADR to the court issue.

“My decision to go to court wasn’t for any selfish interests but rather, the supreme interest of the Union so I will consult with my lawyer and indicate my position, going forward.”

Members of the NEC applauded the camaraderie displayed at the meeting and expressed the confidence that the issue would be settled out of court and MUSIGA would be the ultimate winner.