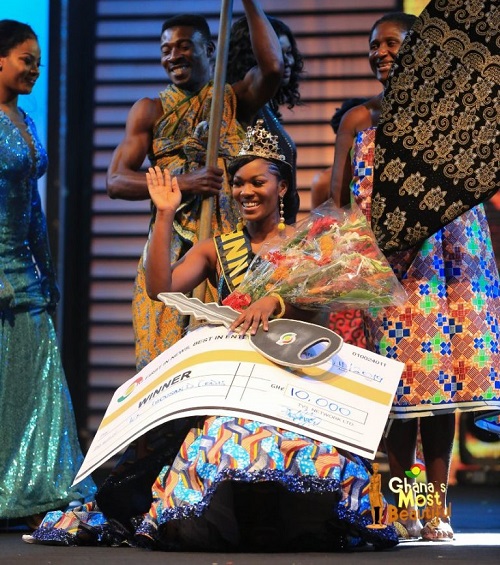 Twenty-three-year-old entrepreneur, Ekua Mends Bannerman, representing the Central Region has won Ghana’s Most Beautiful 2019 after 13 weeks of competition fused with entertainment and education.

She beat off stiff competition from four other finalists, including Enam [Volta Region representative] who was seen by some as the favourite for this year’s crown to walk home with the ultimate prize.

Few minutes after midnight Sunday, the Grand Arena dome at the Accra International Conference Centre went agog when one of the three judges, Linda Ampaw, announced: “GMB winner 2019 is Ekua”

She becomes the second person from her region to win the GMB crown. Ama first won the crown in 2007.

Ekua gets a brand new car, a cash prize of 10,000 cedis, a round trip to Dubai courtesy Camel Antiseptic’s ‘Buy and Fly and a year supply of GTP fabric among other souvenirs from sponsors.

Volta region’s Enam, born Anita Mawuena Bossoh, who gave Ekua a good run, came second, walking away with a cash prize of 8,000 cedis, a round trip to Dubai and six-months supply of GTP fabric. 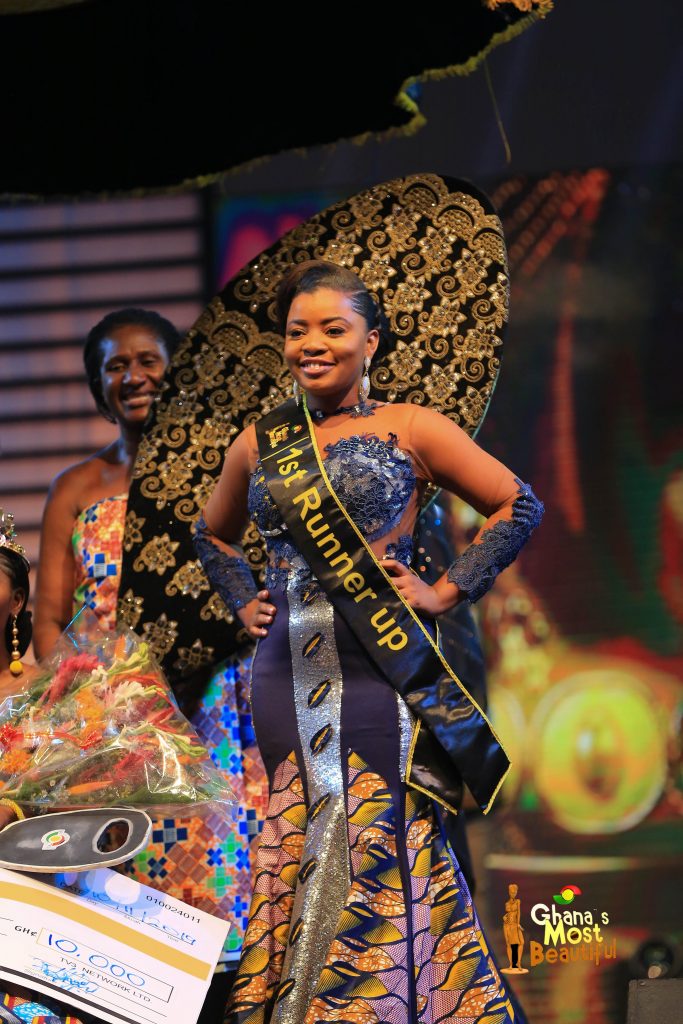 Serwaa from the Ashanti Region, who was evicted but got a second chance to prove her mettle, eventually took third place. She receives a cash prize of 6,000 cedis, a trip to Dubai and a three-month supply of GTP fabric. 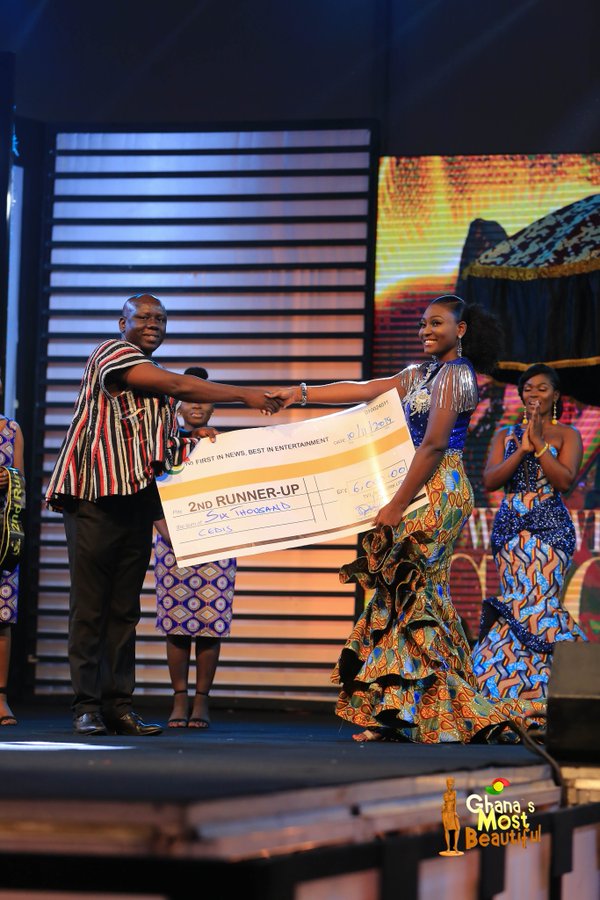 The fifth spot went to Ayisha who represented the Upper East region in the competition. She also won the Best Model [golden shoe award] for the night. Ayisha receives a cash prize of 2,000 cedis and a month supply of GTP fabric. 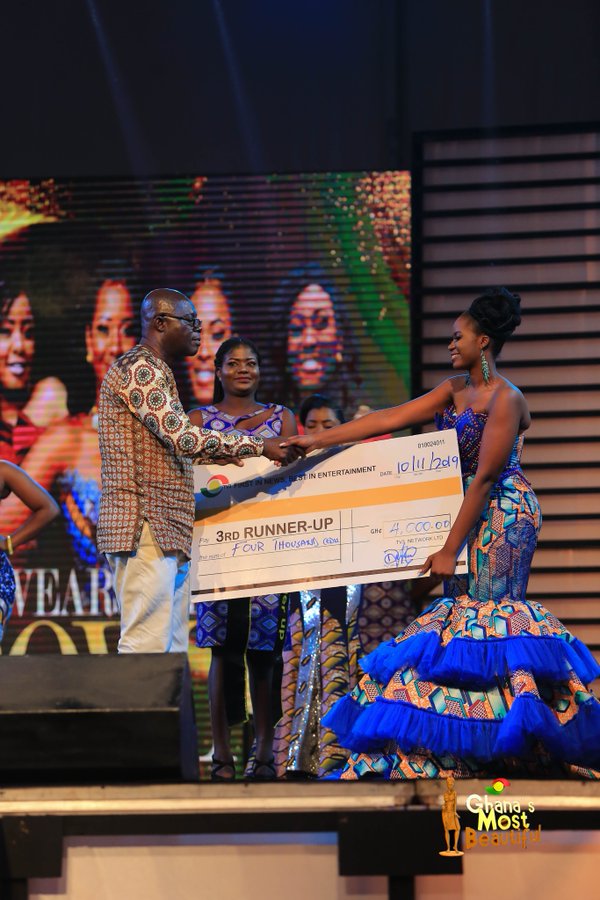 The event was attended by some past queens and contestants of Ghana’s Most Beautiful pageant. 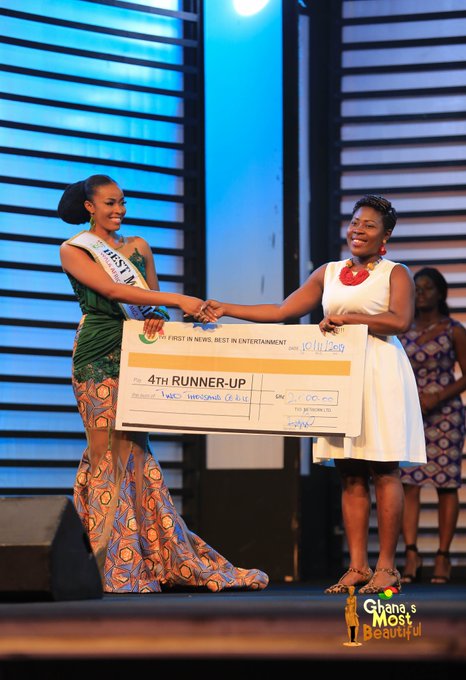 The 2019 Ghana’s Most Beautiful pageant was on the theme: ‘Black and Proud’ and for the first time, had 16 contestants from all the regions who throughout the competition, projected their respective cultures to the world. 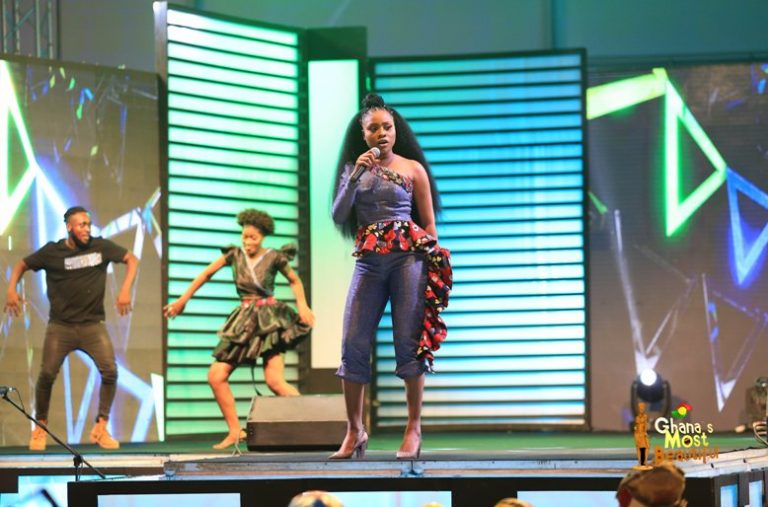