Check out the first Ghanaian movie shot with a video camera 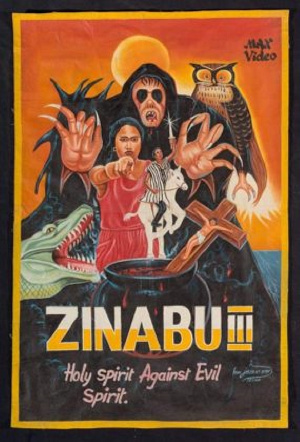 Zinabu ,is the first Ghanaian movie to be shot using a video camera.

Zinabu is a 1987 Ghanaian film directed by William Akuffo and Richard Quartey and the film tells the story of a witch converting to Christianity.

The film was shot in 1985 using a video camera, rather than a film camera. The video was a relatively new medium at the time, but Akuffo and Quartey recognised the advantage that video footage had over film, as film celluloid was more expensive and presented challenges for distribution.

Zinabu then became the first Ghanaian movie to be produced on video.

During the production of Zinabu, the Ghanaian government introduced a ban on video, in an attempt to curb the negative effect they thought unlicensed American and Chinese films were having on Ghanaian culture. This ban was lifted in 1987, largely due to the work of William Akuffo.

The film received its premiere at the Globe Cinema and the screening was designed to imitate a normal film screening: the video player was not visible to the audience, and Akuffo was in the projection room.