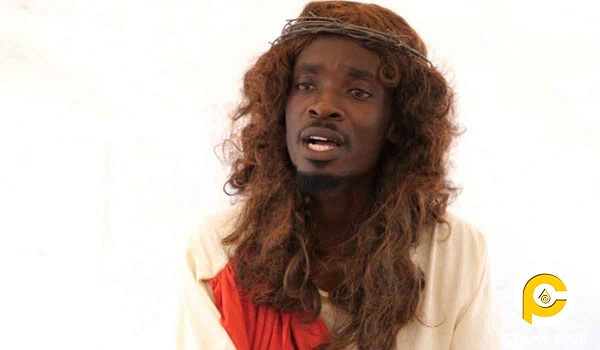 In an interview with Accra FM, she said he used Jesus’ name in vain.

“What is his reason? If it is for people to laugh then what he is doing is not right. Because whatever we do in the name of Christ must uplift his image. If he is to do it in the right way…God will use him to win more souls for the Kingdom.”

She concluded by saying that no one can ever be like Jesus. God has given him a talent so he should use it to act about other things but not Jesus as a comedy tool.

However, Mmebusem has replied individuals who have intensely criticised his comic skits, in response to this, Mmebusem wrote;

I wonder why and how some Africans hate their own. Robert Powell is a British actor who played the role of Jesus in a movie, I am imitating this British actor in a local tv series and some Christian are saying I’m mocking Jesus. Well my question to these people are;. Have you seen Jesus before? Who took a picture of him when he was on earth? Robert Powell is not Jesus Christ please…Love for others and we hate our own. Posterity will judge us all’.