Couple delighted to have Tom Hanks around while taking wedding photos 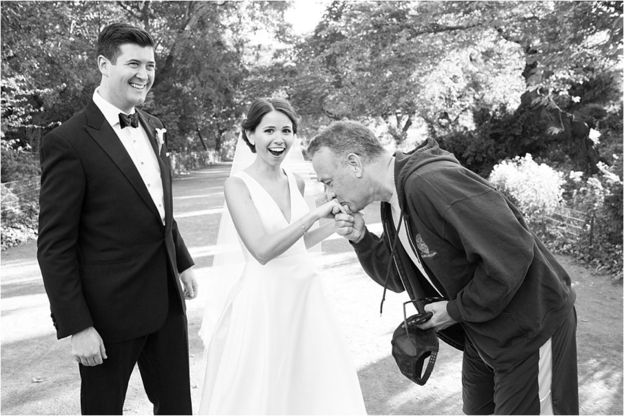 For one pair of newly-weds, the professional photographs of their big day will have to compete with a selfie with one happy passer-by - Tom Hanks.

The Oscar-winning actor was out for a jog in Central Park, New York, on Saturday when he bumped into Elisabeth and Ryan who, resplendent in white gown and tuxedo, were having their wedding photos taken.

HanksÂ posted his photoÂ of the moment on Twitter, sharing it with more than 12 million followers and offering "congrats and blessings" to the couple. 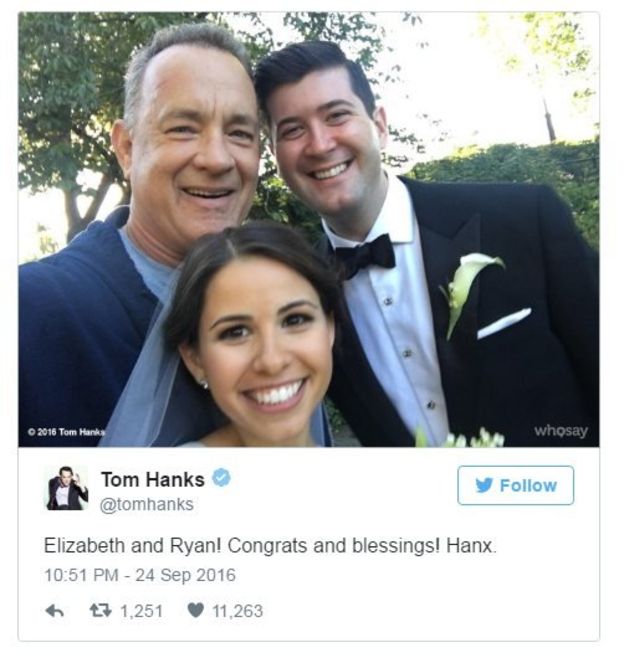 The image has 11,000 likes so far on the social media platform, plus more than67,000 likes on Hanks's Instagram account,Â and more than 33,000 people are talking on Facebook about Meg Miller, the New York-based photographer responsible for the official wedding images.

Ms Miller addedÂ on InstagramÂ that the accidental meeting was the "icing on the cake" to a beautiful wedding.

"We were photographing the bride and groom in Central Park and a guy on a jog started to slow down near the couple, he leaned in close as he took off his hat and sunglasses and said, 'Hi, I am Tom Hanks' while reaching out to shake the groom's hand," she told the BBC.

"He asked their names and wished them congratulations, and before he left he asked to take a selfie with them. He posted it within minutes to his Instagram, Twitter and Facebook."

Ryan told the BBC, whilst honeymooning on the beach in Hawaii:

"A man tapped us on the shoulder and introduced himself as Tom Hanks. It was pretty surreal. I didn't register for a split second. I was shell shocked.

"He was so nice and kind. He could have just kept running but he posed for photos with us and my family. We invited him to the reception but he couldn't make it.

"He actually offered to perform our ceremony as he's ordained, but we'd only just taken our vows. Maybe he can help us renew them one day. We didn't realise how much was circulating about us until we landed here." 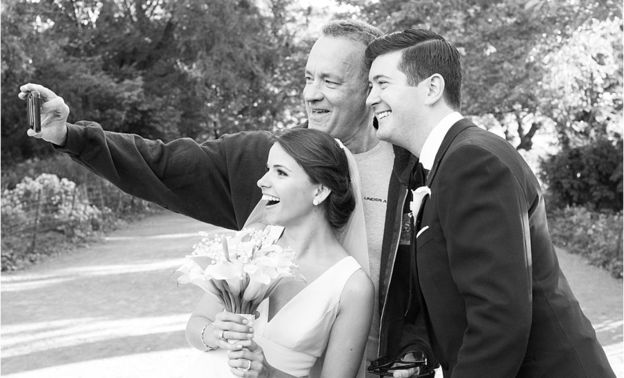