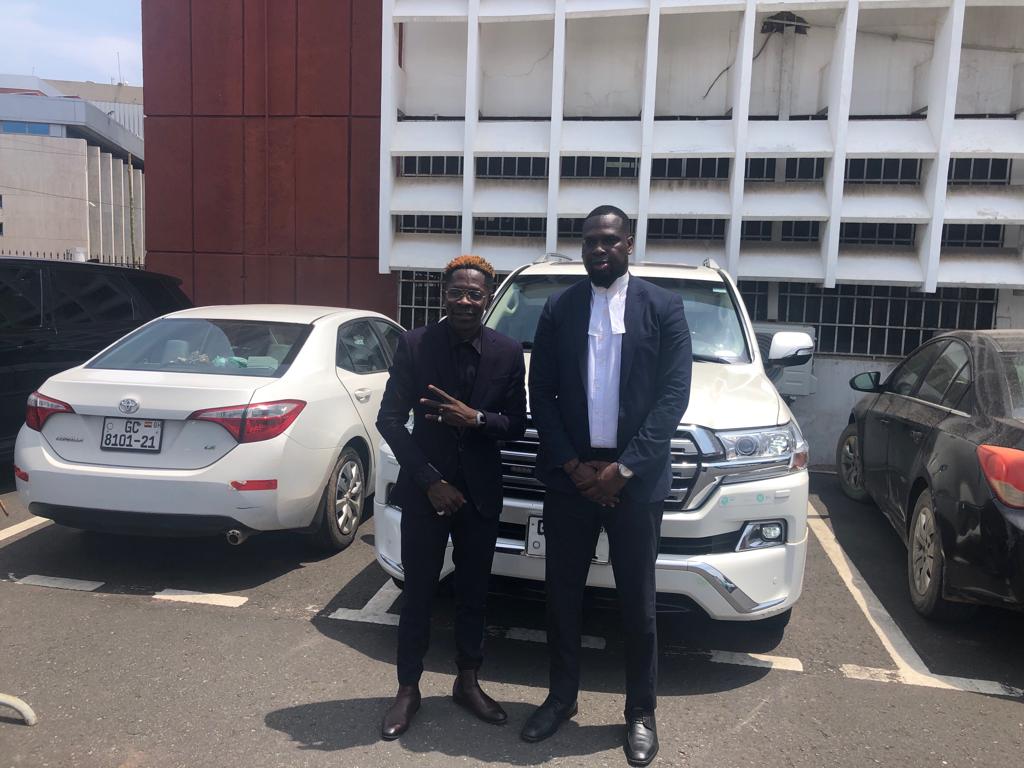 Dancehall artiste, Charles Nii Armah Mensah aka Shatta Wale has been fined Ghc2,000 by the Accra Circuit Court for falsely claiming he was dead in October last year.

The court , presided over by Emmanuel Essandoh, slapped Shatta Wale with the fine after the artiste pleaded guilty to the publication of false news following his false claim that he was shot.

Wale had earlier pleaded not guilty to the offence but changed his plea today with his lawyers urging the court to have mercy on him and give him a lenient sentence.

Shatta Wale was arrested on October 19, 2021, for his involvement in the publication of false news that he had been shot at East Legon in Accra.

Shatta Wale was on a self-recognisance bail of GHS100,000 after spending a week in police custody.

READ ALSO : Shatta Wale pleads with IGP to allow artiste to live freely as they want

He pleaded not guilty to the publication of false news and causing fear and panic when he first appeared in court last week.

The other three were also charged with abetment of crime and were also admitted to GHS100,000 bail each with one surety, who should be a public servant.

The man of God known as "Jesus Ahoufe" who prophesied on the shooting attack on the dancehall artist Shatta Wale, that turned out to be a hoax has since been arrested and granted bail.