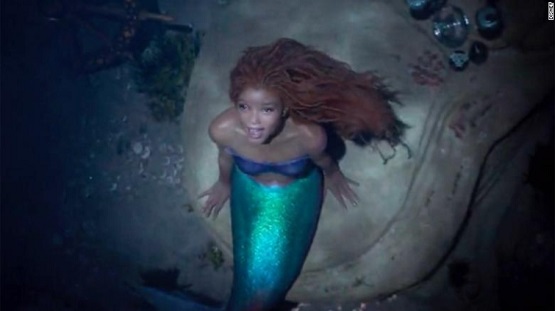 Look at this teaser, isn’t it neat?

Disney’s “The Little Mermaid” is coming back to theaters next year, with Halle Bailey bringing a live-action Ariel to the big screen for the first time, and the studio unveiled a sneak peek at the new film at its D23 Expo.

It’s short but oh so sweet, with a seconds-long glimpse at Ariel in action, singing some impressive notes from “Part of Your World.”

The film, directed by Rob Marshall, who has also helmed “Chicago” and “Mary Poppins Returns”, is being billed as a reimagining of the 1989 Oscar-winning animated musical classic.