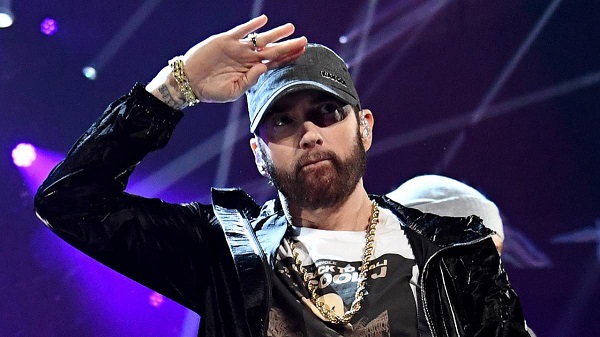 Eminem released Curtain Call: The Hits in 2005, a compilation of the diamond-selling rapper’s biggest songs, including “The Way I Am,” “My Name Is,” “Guilty Conscience” and “Without Me.”

Seventeen years after its arrival, Eminem has secured his spot as one of the most successful artists of all time. On Monday (July 11), Slim Shady announced another greatest hits album, the aptly titled Curtain Call 2.

According to a press release, Curtain Call 2 includes music from all Eminem projects from 2009’s Relapse forward, including side projects, guest appearances, film soundtrack songs and selections from his solo albums.

The project follows the release of the inaugural single “From Tha D 2 LBC” featuring Snoop Dogg as well as “The King & I” with CeeLo Green.

Eminem has released 11 solo albums over the years, 12 if Music To Be Murdered By: Side B is included. The 47-year-old MC continues to sell albums at an alarming rate decades into his career. For example, 2020’s Music To Be Murdered By debuted at No. 1 on the Billboard 200 with over 279,000 total album-equivalent units sold in its opening week.

Overall, Marshall Mathers has an estimated worldwide sales of over 220 million records with 10 chart-topping albums, which all consecutively debuted at No 1., making him the first artist to achieve this.

In addition to the standard release of Curtain Call 2, a limited edition box set and autographed vinyl will be available on Eminem’s official website. The album is scheduled to arrive on August 5.