Ghanaians are not smart enough to understand Hiphop music – EL 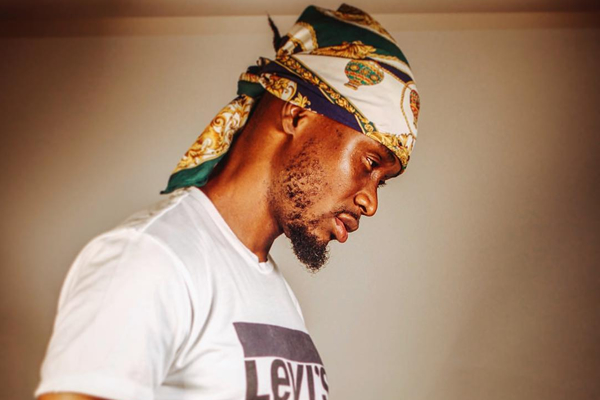 Ghanaians are not smart enough to understand Hiphop music – EL

Multiple award-winning rapper and Afro-beat artiste, EL has stated that Hip-hop does not have a future in Ghana because Ghanaians are not smart enough to understand Hip-hop music.

He went on to emphasise that this generation of Ghanaian artistes have no business pursuing hip-hop music because the genre has no future in our part of the world, adding “I don’t think hip-hop is our identity as Africans, it’s not.”

The ‘Koko’ hitmaker, made the shocking statement while speaking to host of Drive with the Area Gang show, Elvis Crystal on Pluzz 89.9 on Friday, December 21, 2018, to promote his latest single.

Speaking about his introduction into Ghanaian music as a rapper, EL disclosed that hip-hop has not been very good to him as far as his music career is concerned and described those days with Skillions hip-hop group as “A group of kids playing around with mics following the likes of Jay Z but in hindsight, it was a waste of time.”

The Koko singer, who disclosed that he is done with hip-hop music says he is more mature and self aware now to understand the importance of self identity which is why creating Afro-beat music is what makes him truly happy now.

EL also bemoaned how most artistes are doing the same thing lately and proceeded to take a swipe at many of today’s rappers who he describes as unoriginal, making it easy for just about anybody without talent to become a hip-hop artiste. He cited Worlasi as one of the very few artistes creating original music lately.

The Kaalu hit maker added that he isn’t surprised that viral acts like Patapaa and Supa made it big and are regarded as artistes although many have questioned talent. El believes we will see more of such acts because that is what Ghanaians are into.

He however advice that we enlighten ourselves and put more effort into making quality music as being done by our Nigerians neighbours.

“We need to enlighten ourselves more. Nigerians are doing it. Name me one Nigerian artiste who makes music as mediocre as what we have now and actually is recognized, it’s not.”

EL founded his own record label, V.O Nation earlier this year and although the label is yet to be officially launched, the singer and producer assured all music lovers to look out for amazing stuff from the V.O Nation next year.

Talking about his upcoming projects for 2019, EL also reminded Ghanaians to look out for the release of his next album, Waves, and his performance at the South by South-Western (SXSW) Festival in Texas, USA as the sole representative of Ghana.