CHECK OUT: Some 'yawa' moment you missed at Ghana meets Naija 2018 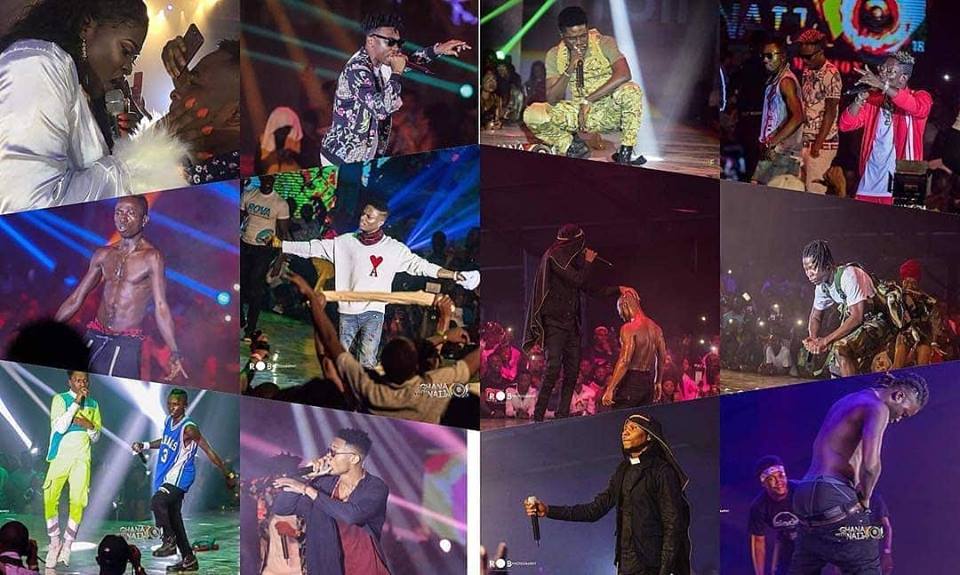 The annual Ghana Meets Naija concert was a huge success but Ghanaians can't handle some 'Yawa' moments which occured at this year's event.

The event saw the best of music from Ghana and Nigeria and featured stars including Shatta Wale, Stonebwoy, Wizkid, Tic, Kidi, Patapaa, King Promise and other talented acts.

The 'yawa' moments begun with a lady who rushed on stage to hug her superstar crush until it became emotional that bodyguards had to intervene.

The lady who seemed a little intoxicated was difficult to be pulled away from the singer.

As if that was not enough, Wizkid was almost “strangled” by another fan who rushed to the stage. He was quickly whisked off the stage by the bodyguards. In spite of these isolated incidence, the night was full of surprises including Shatta Wale joining Wizkid and Tiwa Savage to pop champagne on stage as well as the Blackstars Captain Asamoah Gyan joining the BhimNation president Stonebwoy to perform his hit song "Enemies".

Last night with #Wizkid and a fan at #GhanaMeetsNaija18

#GhanaMeetsNaija18
Kuami Eugene wear bullet proof vest wey stoneboy too go wear parachute.GOD pls what did we do to these johns pic.twitter.com/aQVEmmcKPb

i can't see the difference between GHOne then Ghana black stars.... they both end up disappointing when you need them most #ghanameetsnaija18