‘I didn’t travel for throat surgery’- Majid Michel to bloggers 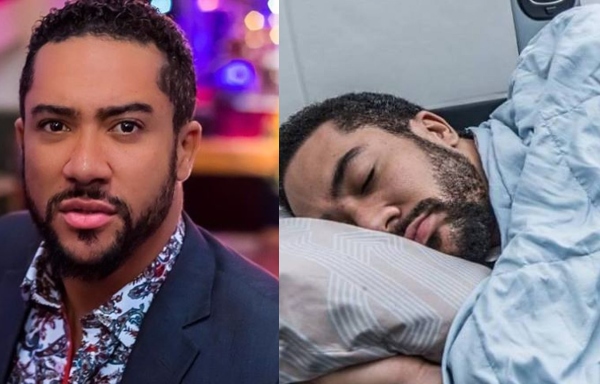 ‘I didn’t travel for throat surgery’- Majid Michel to bloggers

Ghanaian actor turned Prophet, Majid Michel has finally reacted to an earlier report by some bloggers that he had traveled outside to country for throat surgery to fix his hoarse voice.

Majid who featured in Ghanaian Prophet, Reindolph Oduro Gyebi popularly known as Eagle Prophet’s Facebook live video stated that he rather went to the land of milk and honey, Israel, Jerusalem.

“I was in Jerusalem, the holy land, the land of milk and honey. When I went to Israel and was reading the Bible, I was in the location where the story was told. So I am reading the first miracle Jesus performed in Canaan and I am reading the verse in Canaan, where he performed the miracle.” Majid Michel said.

“I had close friends calling to ask me if it’s true I am going for surgery and— though— I was in America at the time, I didn’t go there for surgery. Some blogger decided to stir the media, probably because I have been off social media for a while.”

“I wasn’t in town and a couple of people called me to say a blogger called them to ask them if I was in town or not, which they said I was out of town. So he went on my Instagram page, picked a picture of an advert I have done for Air France and added that Majid was in a hospital for surgery. Which is false, fake.” Majid added.

In 2018, the actor did confirm he had been to the Korle-Bu Teaching hospital and 37 Military Hospital to have checks done on his throat where both results showed no signs of problems in his throat.