I've not cheated on my wife - Dumelo reacts to media reports 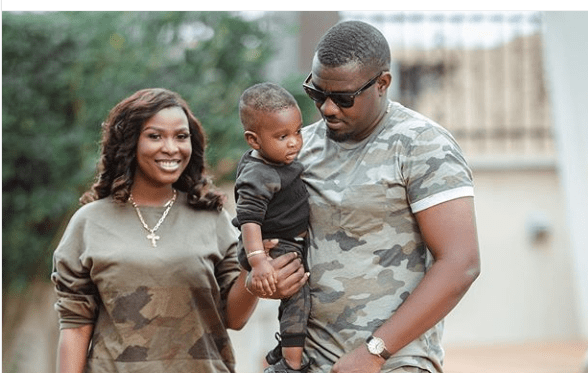 Actor and NDC Parliamentary Candidate for Ayawaso West Wuogon, John Dumelo has dismissed media reports that he has cheated on his wife.

Speaking on Citi FM today, December 3, John Dumelo explained that the viral video in which actress Jackie Appiah was telling some stories of his alleged infidelity was just to prevent him from snapping her.

Ghanaian actress Jackie Appiah over the weekend told a story of how actor and politician John Dumelo allegedly cheated on his wife.

In a video, John Dumelo posted on his Snapchat handle, the actress was seen talking about how the actor cheated on his wife.

While telling the story, John Dumelo interrupted to tell his fans that all Jackie was saying were lies.

READ ALSO : People underrated me but I worked hard behind the scenes - John Dumelo

"No, i was filming with Jackie Appiah last week and  I like picking on Jackie so I was snapping her all the time, and she asked me to stop snapping because she was without makeup, she wanted to say something to put me off but I still recorded it and I posted it on my snap but if I have woman and I know why will I post it on snap?" Dumelo asks.

Actor and NDC Parliamentary Candidate for the Ayawaso West Wuogon constituency, John Dumelo has turned down a beer party invite.

The invite tweet read “@JohnDumelo1 the Beer party is happening inside your constituency, #You #Dey for us or” but the actor replied, “So that when I come and drink beer they will say it’s for votes”.

John Dumelo was criticised for taking part in a cleanup exercise at Abelemkpe, according to his critics he was doing that for political capital.

But the actor responded that his act of participating in the exercise is nothing new as he has been part of such activities before becoming the PC for NDC.

“I was invited to come help clean the gutter, would I say no? When I saw those comments I was shocked. I did cleaning in other places in the past, like Ho, Axim and Tamale, was I looking for votes there too,” he wondered.

“I’ve always had the desire to serve people and my nation and that is why I’m trying to get into Parliament. I know Ayawaso West is difficult seat to get but I’ll still try my best. I run a clean campaign at all times. I don’t go around saying negative things about my opponents”.