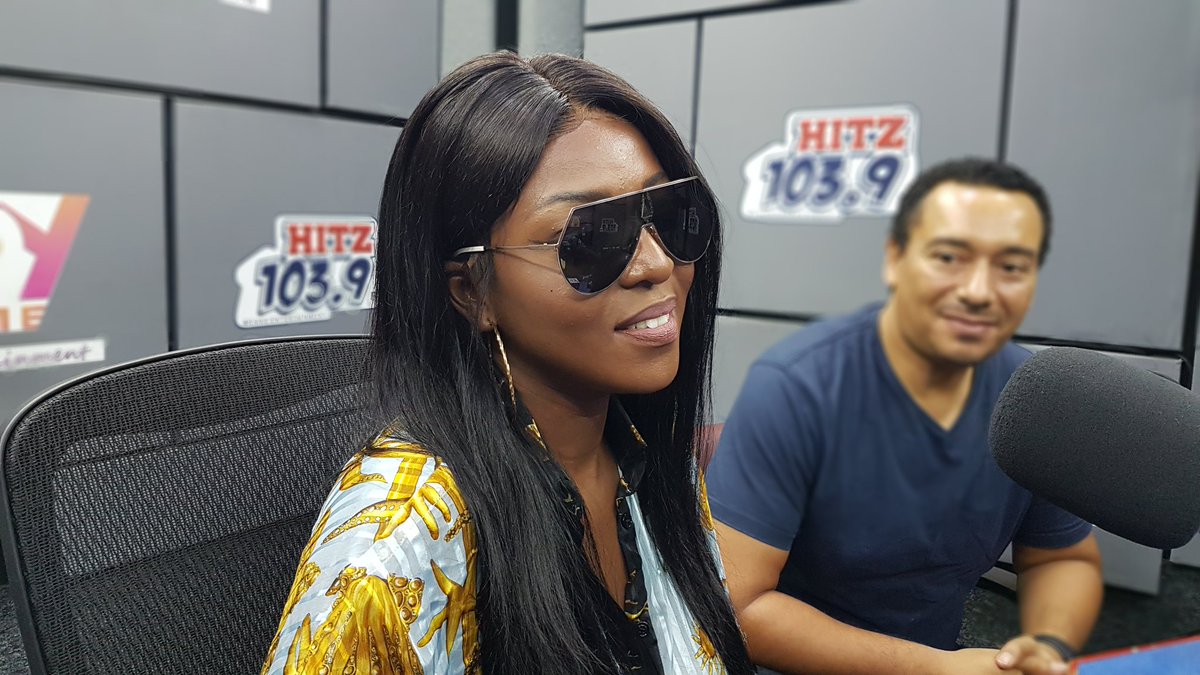 Actress Yvonne Okoro in an interview on Hitz FM recounted how she and her ex-boyfriend filmed themselves during sex.

According to Yvonne, she once recorded herself having sex with her boyfriend when she was very young but she has regretted because she was immature and didn't know what she was doing.

The host of 'Daybreak Hitz', Andy Dosty asked the actress if she had ever recorded herself having sex before and she responded that YES she has and that was with her ex-boyfriend when they were kids.

"I have done that once when I was young and I regret it, it was my ex ex ex"

"I wasn't in the industry so I told him to record it, you know when you are with someone and you just want to do something to spice the relationship up," Yvonne said.

Yvonne Okoro also recounted how a friend told her that she has heard that there's a sex tape coming out which was believed to be her and Togolese professional footballer, Emmanuel Adebayor.

So, she (Yvonne) sent Adebayor a WhatsApp message asking him if he recorded them when they were having sex, then Adebayor laughed and said: "I think its time we start dating then we wouldn't be surprised with everything that comes up about us".

Yvonne also stated that she asked Adebayor that question because she was trying to be sarcastic with the earlier conversation she had with her friend about the sex tape.