I rejected my royalties due to mode of disbursement - D Black 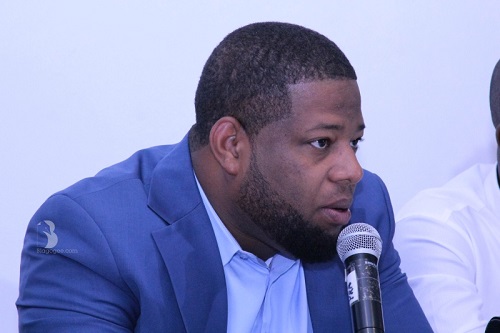 One of Ghana's finest rappers D Black says he rejected his royalties due to the manner in which the money is shared.

Speaking in an interview on TV3â€™s New Day D Black said he was once called by a representative of GHAMRO to come for his royalties but he rejected the offer due to the mode of disbursement.

â€œRoyalty collection has been going on in Ghana for years. Media outlets have been paying royalties to the body that collects these monies but they havenâ€™t been disbursed the manner it should,â€ he remarked.

â€œNeverâ€, his response when asked if he has ever received royalties for the ten years heâ€™s been a musician.

â€œI have [been called] but it didnâ€™t make any sense to me because I was on a radio station one time discussing a very similar issue and because I was upset or whatever, somebody from there [GHAMRO] texted me that this year, for A List artistes, everybody gets GHC600.

â€œI receive royalties from all over the world and thatâ€™s not how it is disbursed. Youâ€™re supposed to show me a statement, the logging, how many times my songs were playedâ€¦â€ he noted.

He also disclosed that there were moves from MUSIGA to enable government fund the music industry but he has lost patients.

â€œIn 2011, it was my first year in the music industry. I met Obour and he asked me and some other artistes to go with him to the Ministry of Finance to convince the government to fund the music industry. I asked him what the money was going to be used for. They told me it was a top priority, we will set up a royalty collection society and system put in place to track and log in the songs that are played from each artiste so that everybody can make money,â€ he recalled.

â€œWe went for that meet, the budget was read. This was when Atta Mills had passed. They said they had given MUSIGA two million Ghana cedis. Itâ€™s been 9 years so when you say I donâ€™t have the patience to wait, Iâ€™ve been waiting for 9 years,â€ D Black added.