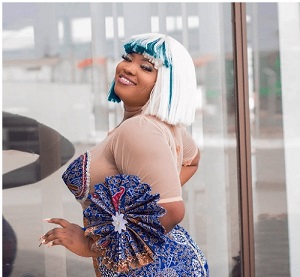 Ghanaian fast rising female musician Shylar real name Berlinda Gedie says she can confidently claim to be better than 80% of all the female artistes in the country.

The 22-year-old student of the University of Ghana says, she has critically analyzed all the female artistes in Ghana and only a handful have real talents, write songs that transcend generations and have international appeal.

Shylar emerged onto the Ghanaian music scene in November 2021 with her single ‘Go away’ and soon followed with another banger ’Pain’.

The singer had previously been compared to the late Ebony Reigns becuase of the similarities in their vocal dexterity.

She says, whiles such comparisons are flattering, she believes her brand is more compelling and will stand the test of time.

“I think the comparisons are cool, but trust me my brand is too strong to live under another artiste’s shadow’ she said.

Her latest single ‘Killa Killa” produced by FIMFIM was released in June and is available on all major streaming platforms and on radio.

Shylar believes her single Killa Killa is not only the next biggest hit to come out of Ghana but it is also set to be an international sensation.