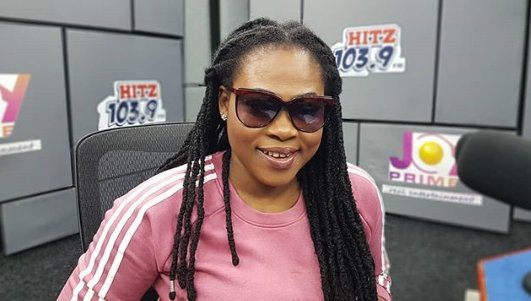 The award-winning songstress who in 2017 signed a four-year contract with the label says for an obvious reason known to the top managers at Zylofon, all artiste managers at the music label have been asked to resign from all their positions.

According to the ‘I Swerve You’ hit singer, her husband, Dave Joy has taken full charge of music work which was previously done by Zylofon Music.

Joyce Blessing who is the only signed gospel musician under Zylofon Music Record Label disclosed on Rainbow Radio’s Away Bus show that several workers at the label have been asked to proceed on leave with no reasons assigned.

She further indicated that signing on to Zylofon Music has been unfortunate for her career since she did everything on her own without support from the label.

Efforts to reach top managers of Zylofon Music company to ascertain the truth have proven futile.

At a press briefing held at the company’s premises at East Legon in Accra on Wednesday, 28th June 2017, the Head of Communications for Zylofon Media, Samuel Atuobi Baah said the label had signed a four-year contract with the two artists.

“We are signing a four-year deal with Joyce Blessing and Obibini. It’s a complete record deal – and when I say ‘a complete record deal’ it includes distribution, promotion, production and marketing as well. We’ve also given them goodwill money that they will need for their personal running,” Mr. Baah disclosed.

He added that the ‘signees’ had been given a brand new Hyundai Sonata car each together with accommodation. He further stated that the company would require of the artistes to produce four albums within the four year period, barring any problems.