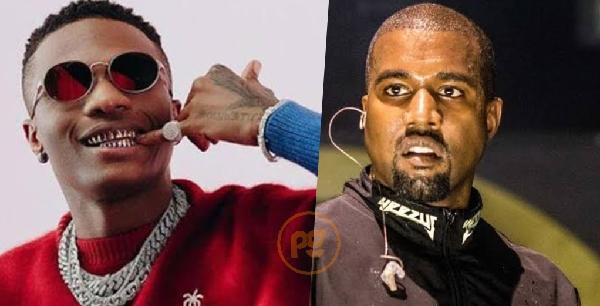 American rapper and record producer Ye, popularly known as Kanye West, has rated Wizkid’s ‘Essence’ the best in the history of music.

According to Kanye West, the song, released in October 2020, is the best song in the history of music to date.

Taking to Instagram, Ye said in the history of music to date, ‘Essence’ is the best. 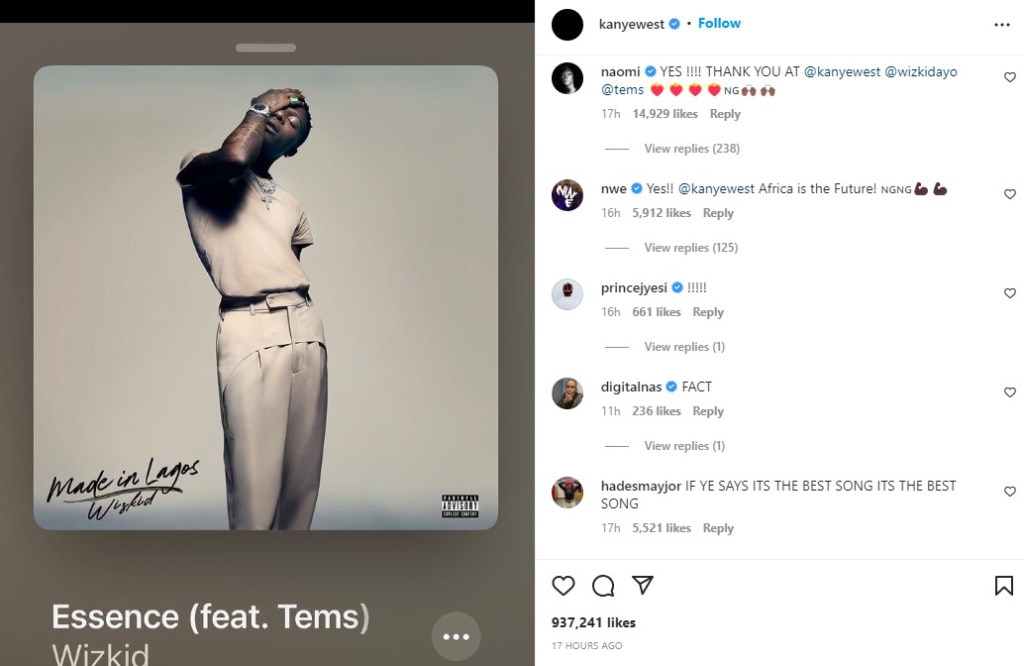 His post got many people reacting including model and friend of Wizkid, Naomi Campbell. “Yes !!!! Thank You @kanyewest @wizkidayo @tems ❤️‍🔥❤️‍🔥❤️‍🔥❤️‍🔥🇳🇬🙌🏾🙌🏾,” she wrote.

‘Essence’ featuring Nigerian singer/songwriter Tems off the album became an international success after the Made In Lagos album was released.

The song later got a remix which featured pop star, Justin Bieber, and was dubbed one of the summer tracks of 2021.

The song also went two time platinum in the USA.

‘Essence’ was awarded the ‘Best Collaboration’ at the 2020 BET Awards making Wizkid and Tems the first ever African artistes to win a major BET award category.