Lesbians are all over me – MTN Hitmaker 7 winner O. V 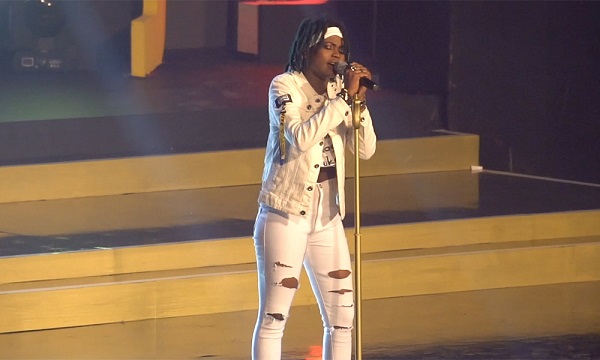 Lesbians are all over me – MTN Hitmaker 7 winner O. V

MTN Hitmaker Season 7 winner, Barbara Naa Okailey Nyarko, popularly known in showbiz circles as OV, has revealed that she's been chased by lesbians because of her tomboy way of life.

OV stated that many people have the misconception about her base on some of her body mannerism that she is a lesbian but she is not and will never be one.

The 20-year-old who was recently signed onto Stonebwoy‘s Burniton record label after winning the ultimate revealed that some lesbians have approached her ever since she came into the limelight but she immediately put them off because she is not one, she disclosed this in an interview with Zionfelix.

The dancehall diva was asked as to whether she receives proposals from men, she replied in the affirmative.

She, however, added that even though she is straight, all the proposals these men have been disturbing her with were turned down because she already has a boyfriend.

The multi-talented young and versatile artist with a blend of Reggae, Dancehall & Afropop recently released a banger titled ‘Want Me’ which featured her boss and Top Skanka, Stonebwoy. The song is already receiving a lot of massive airplay both on radio and TV.

OV is the second female to emerge first at the MTN Hitmaker competition after Freda Rhymes first achieved the feat IN 2017.