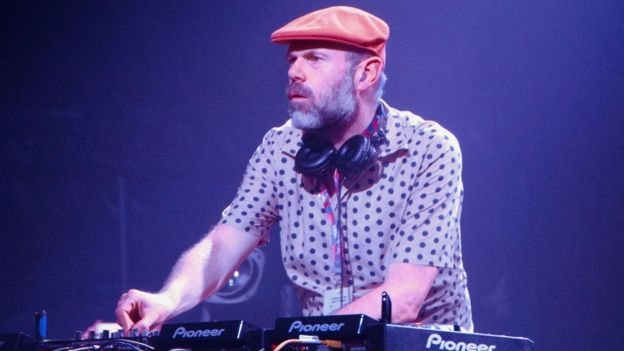 British dance music DJ Joey Negro is to drop his "unacceptable" stage name and instead go by his real name, Dave Lee.

The move comes a day after fellow DJ The Black Madonna stopped using her own moniker, noting that it had caused "controversy, confusion, [and] pain".

They are among a number of acts who have changed their names in light of the Black Lives Matter movement.

Last month, US bands Lady Antebellum and Dixie Chicks renamed themselves due to links with the slavery era.

Lee has had four UK top 40 hits and two US dance club chart number ones over the past 30 years under the stage name. He also reached the UK top 10 three times using the pseudonym Jakatta.

In a Facebook post on Tuesday, he admitted he had "not felt comfortable with the name Joey Negro for a while, especially as I've got older".

'Out of place in 2020'
He wrote: "I understand now though that it's not appropriate for me to carry on using the name.

"I've recently received emails, tweets etc saying that it is unacceptable and people find it out of place in 2020 - and I agree."

He went on: "I'm sorry to have caused any offence. My whole life has been about music but particularly black music, I love soul, funk, disco, jazz in a way that's impossible for me to articulate in words and I have tried to champion it with the best intentions."

Lee said he initially came up with the name by merging two of his favourite artists at the time - Pal Joey and J Walter Negro.

On Monday, US DJ The Black Madonna announced she would go by the name The Blessed Madonna after a petition was launched for her to change it.

The producer, whose real name is Marea Stamper, revealed on Twitter that her chosen name was "a reflection of my family's lifelong and profound Catholic devotion to a specific kind of European icon of the Virgin Mary which is dark in hue".

However, she added she "should have listened harder to other perspectives".

"My artist name has been a point of controversy, confusion, pain and frustration that distracts from things that are a thousand times more important than any single word in that name," she wrote.

"We all have a responsibility to try and affect positive change in any way we can," she added.