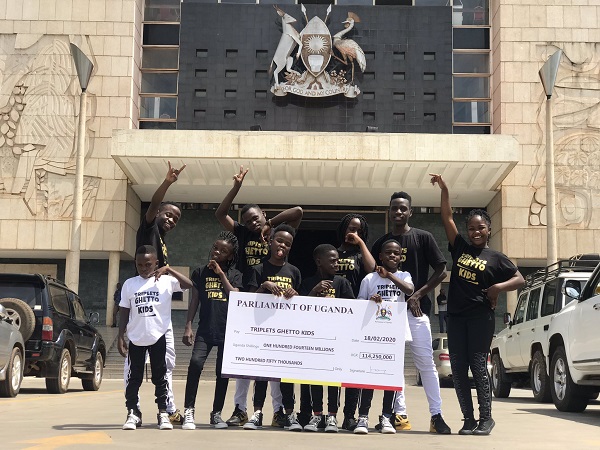 Parliament Speaker Rebecca Kadaga had promised last year that the 461 legislators would each contribute $68 for the dance group.

They managed to raise the money and on Tuesday she presented the children with a cheque.

The dance group performed during parliament's end of year event and the speaker asked MPs to help them as they were almost being evicted from the house they live in.

The group had managed to pay some deposit for the house but had a balance of $27,000.

The speaker said the money raised will be used to clear the balance and the rest will be for the children's welfare.

Ghetto Kids have thanked the MPs in this tweet: