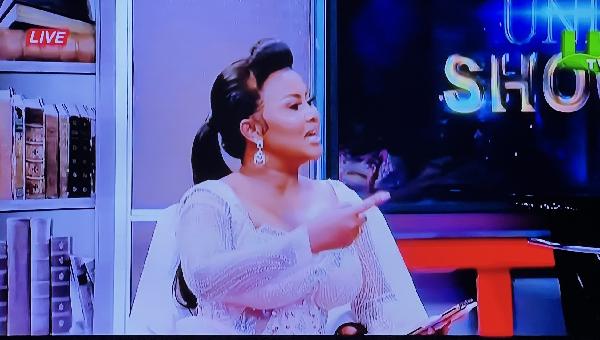 Nana Ama Mcbrown has opened up on her long absence as the host of UTV’s United Showbiz program.

Mcbrown who made her return to the program on Saturday, July 2, 2022 revealed that she was still suffering from the pains of the accident that nearly took her life about a decade ago.

READ ALSO: MOG Music opens up on his suicide attempt

According to Mcbrown, she hosted the show with so much energy and enthusiasm but always went home to cry afterward because the pain from her right arm was so brutal and very unaccommodating.

She said her right arm became a thorn in the flesh for her hence the reason behind her absence on our screens.

She detailed that her absence was to seek health because she couldn’t bear the pains any longer so the assumptions that she was sacked and later went to beg for forgiveness shouldn’t be entertained at all.