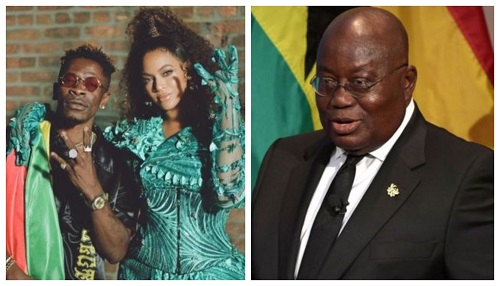 President Akufo-Addo is the latest to congratulate Shatta Wale on his remarkable feat.

Many Ghanaian music fans and top Ghanaian musicians like Sarkodie, Stonebwoy, Medikal. Sonnie Badu, Kwaw Kese and others have applauded Shatta Wale following the release of the 'Already' video.

The single, which forms part of The Lion King: The Gift album, is featured in Beyoncé’s Black is King visual album.

After the premiere, Shatta Wale took to Twitter to express his appreciation to Queen B for her belief in his talent.

“Thank you My Queen for believing in my talent and giving me a platform to share my good message to the world …God will forever bless you,” he tweeted Friday.

The ‘Already’ music video has attracted over 7 million views on YouTube as at today August 3.