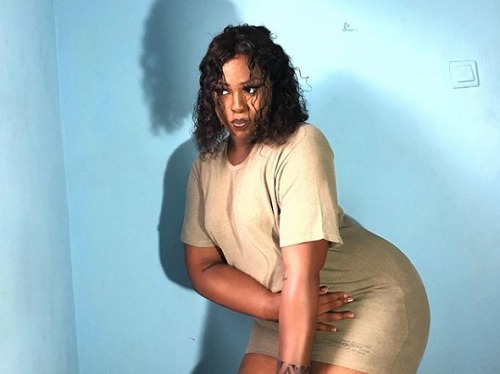 In the Ghanaian setting being a transgender sounds like a taboo in the ears of many.

People will look at you with different thoughts with the most common being 'Is he or she alright at all'.

That has been the case of Martin Hughes, a young Ghanaian transgender who shared her experience with Pulse gh.com.

The alumnus of one of Ghana's best Senior High Schools, Mfantsipim has suffered from criticisms but that has not shifted her focus from realising who she is.

Born a boy, Martin says from age 7 she realized she was not who she was and begun to understand she has to live her life.

â€œI caught myself in a role I didnâ€™t want to play anymore at the age of 7. The vibe of the boys was annoying. I think it was toxic for me because I felt like a boy playing with girls.

â€œAt the age of 7, makeup wasnâ€™t a big deal. It was all about the girl talks, the barbies, and the girl's clothes. It was fun,â€ Martin Hughes said.

Martin also shared her experience at home where she says she tried a few things from her mother who did not know at the time. By the time she enrolled in Mfantsipim School, she was already in her element.

â€œHigh School was the trouble. That was stress. The real hard life because I went to a boy's school. I was in Mfantsipim School and it was stressful.

â€œIt was a hypocritical system. You have boys telling you stuff, proposing to you and all but in the eye of the public, they will be judging you.

â€œI didnâ€™t see it as a problem because youâ€™re in the closet. I know youâ€™re hiding and thatâ€™s your problem,â€ the 20-year-old talked about life in Mfantsipim School.

Martin's time at Mfantsipim was faced with several challenges and was seen as a black sheep and the headquarters for troubles.

She had already been tagged and it affected her truth when it came to her side of the story.

She said someone touched her one night at school but twisted the story in the morning. Stereotypically judging Martin as the case had been over and over, her story was brushed aside until an eyewitness came to her aid.

Martin-Hughes had her fair share of suspensions in school but was never dismissed. Feeling free about doing makeup while in a boysâ€™ school, there were a lot of officials of the school who warned her to stop which led to 4 suspensions during her stay at Mfantsipim.

â€œFalse reports were being sent to the authorities about me being with someone. They couldnâ€™t dismiss me because it was reported without evidence,â€ the 20-year-old said.

By this time, Martinâ€™s mother had come to know and was as supportive as possible.

â€œI have like the best mom in the world. Sheâ€™s very supportive. I even have a tattoo in her name. I have 3 tattoos.

â€œMy mom believes in freedom but not abuse of freedom so sometimes, she really puts me in my place when Iâ€™m going wrong about myself and decisions. I always listen to her, sheâ€™s the only one who can tell me what to do,â€ Martin talks about her mother.

Martin says she doesnâ€™t feel like a girl but is a girl. For the average person who sees her photos, a girl is what her photos show. Despite having not gone under the knife, the 20-year-old has breasts and butt people envy according to comments on her social media pages.

â€œI havenâ€™t touched my butt. I think I got it from my mom. She really has a big butt,â€ she said.

Her breasts also are natural and started developing when she was in junior high school according to her narration. Despite pretending not to like it at the time because of trolls, Ohemartin confirmed she loves her boobs.

Martin also disclosed that she has not had sex yet but would love to try sometime.

She ended by saying she is often judged by people but does not let it affect her, she also said lot's of men hit her up and after they get to know her state, some leave and others become friends with her.

With regards to her religious life, Martin says she loves God and prays a lot, she believes God will not judge her by her looks but by what's in her heart.