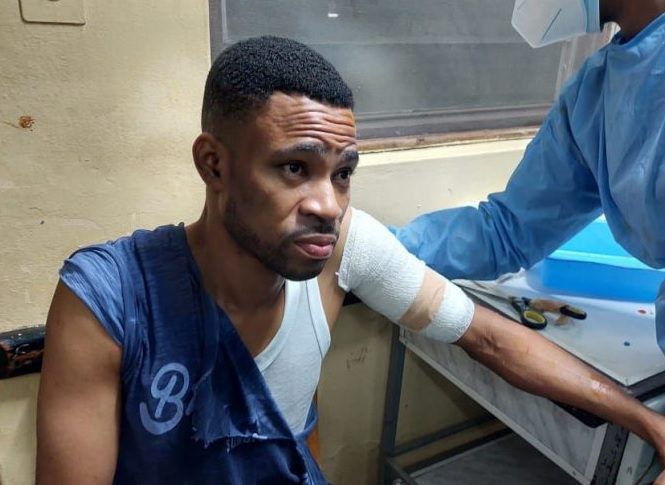 This was made known in a brief press statement posted on the social media pages of the Ghana Police Service.

“The Police are investigating alleged attacks by some unknown persons on Stephen Kofi Adoma, a staff of Angel Broadcasting Network on 6th August 2022 at Old Ashongman Village in Accra.”

“Investigation into the alleged incident commenced immediately the matter came to the attention of the Police,” the police service added in the statement.

The incident is reported to have occurred on Saturday, August 6, 2022, when unknown assailants, riding on a motorbike, allegedly attacked the journalist with sharp objects and tried to set him ablaze.

Kofi Adoma was returning from Kuntunse to Accra at the time.

“The GJA National Executive attending a three-day retreat at Obosomase, near Aburi in the Eastern Region, received the news of the attack with utter shock. We find the attack heinous and dastardly, and call On the Ghana Police Service to launch immediate investigations into the attack,” the Ghana Journalists Association said in a statement to condemn the alleged attack.

“We also urge the general public to support the police in their investigations to bring the perpetrators to face the law,” the statement added.