Priya Prakash Varrier is breaking the internet another kissing video 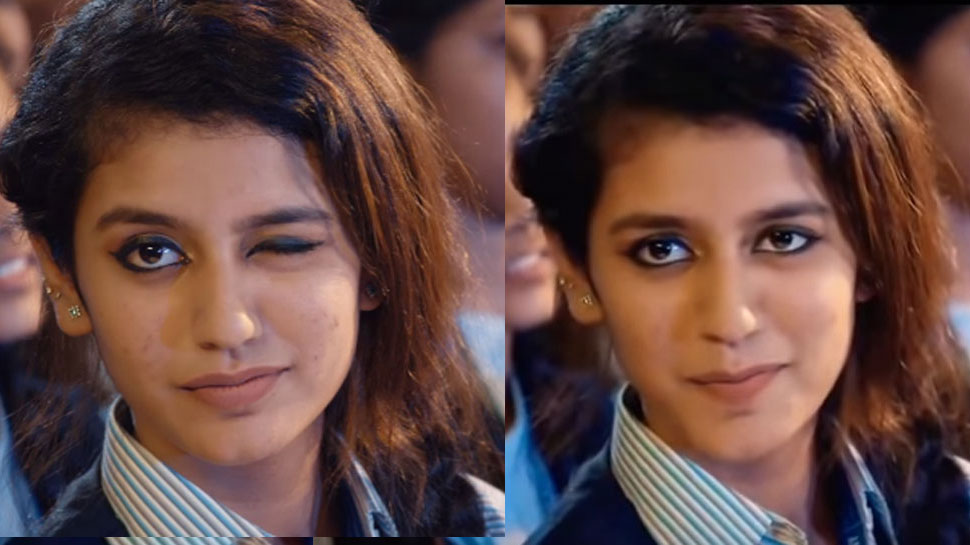 Priya Prakash Varrier is breaking the internet another kissing video

A short clip that has been shared on social media has Priya Prakash Varrier locking lips with her Oru Adaar Love co-actor Roshan Abdul Rauf.

Even before making her debut on the silver screen, 19-year-old Malayalam actor Priya Prakash Varrier has become an internet sensation.

First, her ‘wink’ in Oru Adaar Love song “Manikya Malaraya Poovi”, and now a kissing scene from the same movie is breaking the internet.

A short clip that has been shared on social media has Priya Prakash locking lips with her co-actor Roshan Abdul Rauf.

After making her way into the hearts of many with her wink in the song, Priya Prakash went on to become the expression queen.

Overwhelmed with all the love she received after her viral wink video, she said, “I am very happy. Don’t know how to handle so much love. It’s completely surreal.”

Priya Prakash will make her acting debut with Malayalam film Oru Adaar Love. The film is a love story set in a high school. Directed by Omar Lulu, the film, also starring Siyadh Shajahan and Noorin Shereef, will hit theaters on February 14.

Exchange of gifts has become too common, create moments. Make this Valentine’s Day different, create memories that last a lifetime with the one you love. #valentine #memories #love