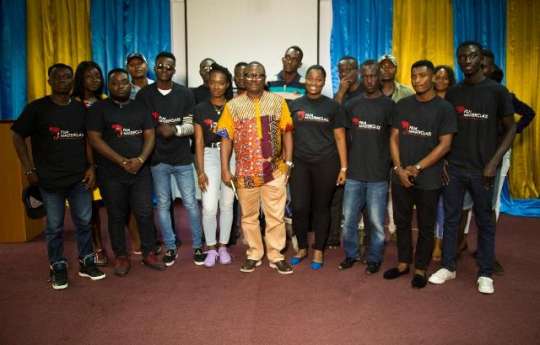 Farmhouse Productions has inducted the first batch of students into its maiden programme -Film Masterclass.

Mr. Ivan Quashigah, Chief Executive Officer of Farmhouse Production, in his address at the induction ceremony, expressed delight with the commencement of the programme.

He said the programme was aimed at nurturing talented filmmakers and creating a new chapter in the film industry.

''This is a mentoring program that we have developed for young people who are interested in making their own films.

''We needed to create a platform for these young ones to learn some basics about film making to help them meet the intentionally accepted standards. This programme would help students find their feet in the industry,” he added.

''The Film Masterclass would help provide a networking platform where student can interact with the industry players who would train them on ways to generate contents that suits the local and international market,'' he said.

Students who successfully complete the two-week programme would shoot short films and be presented with certificates as well as pursuing attachments at various production firms.