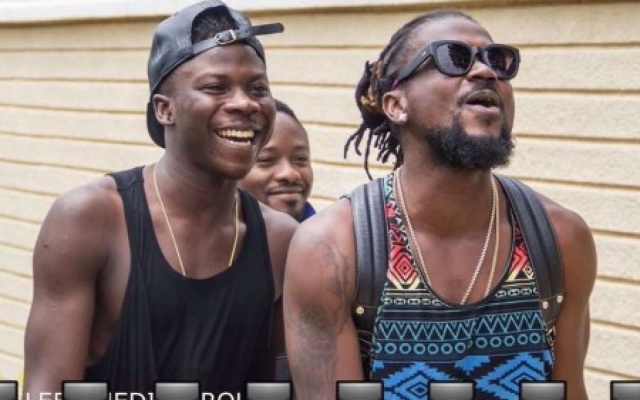 Dancehall artiste Samini has added his voice to the recent issues concerning the brawl between Stonebwoy and Shatta Wale at the just ended Vodafone Ghana Music Awards.

Samini speaking to Andy Dosty stated that his 'son' Stonebowy lost control of himself as he felt threatened when Shatta Wale and his team got up on stage at the time he was receiving his award for the Reggae/Dancehall Artiste of the Year.

However, Samini has called on Ghanaians to pardon Stonebwoy even though he is very disappointed in his actions knowing very well what Shatta Wale is capable of doing and allowing himself to get carried away by his empty threats.

"I know Bandana did not plan to let Stonebwoy fall in his trap this deep, because he didn't expect Stonebwoy to have a weapon but he went there just to provoke Stonebwoy a little for dancehall to trend the next day after the event," Samini said.

Samini further explained that he was not really surprised with Shatta Wale's actions because the 'My Level' hitmaker has been attacking him since he started music as Bandana, so attacking Stonebwoy who came from his label and is very successful tells you the kind of person Shatta Wale is and how far he can go to bring out the emotions in you.