Sarkodie and Okyeame Kwame didn't show up for my documentary - Obrafour 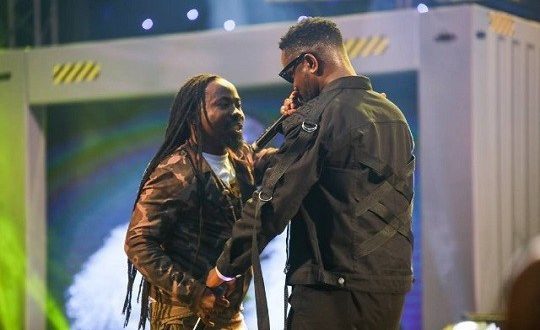 Veteran Ghanaian hiplife artiste, Obrafour has revealed that some musicians did not show up when he needed them for his impending project.

Speaking in an exclusive interview with Zion Felix on the ‘Uncut Show’, Obrafour said he needed Sarkodie and Okyeame Kwame for his documentary on his ‘Pae Mu Ka at 20? event but they were not able to grant his request.

The ‘Rap Sofo’ stressed that he won’t blame them that much because they might have been busy at the time.

Obrafour, known in private life as Michael Elliot Okyere Darko, stated that he is not worried about their inability to help him at that time.

He said everything is in the hands of God, and as a human being, he cannot blame them much.

Obrafour appreciated all those who helped to make his project a success.

Watch the full interview below:

READ ALSO:  I didn't discover Obrafour, he discovered me - Hammer