Sarkodie features on new version of Bob Marley's 'Stir It Up' 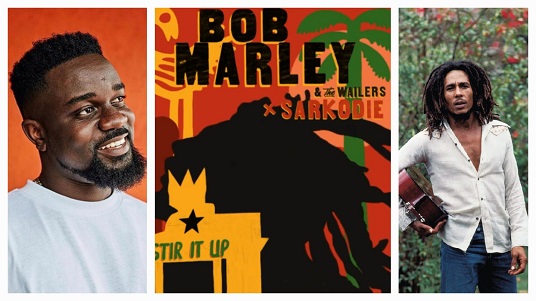 Ghanaian rapper Sarkodie has been featured on the new version of Bob Marley’s song ‘Stir It Up’.

The artwork of the yet-to-be-released song has been posted on the social media pages of the legendary Jamaican reggae musician.

The post indicated that the new version of the song featuring Sarkodie will be dropped on Friday, January 20, 2023.

The original ‘Stir It Up’ song featuring The Wailers was released in 1973.

Speaking about the good news, Sarkodie stated that this is the biggest moment in his career and life.

He said: “What a way to kick start this year !!! Definitely one of the highest moments in my career/Life… Big shouts to the team at island records @akosuas_ @Jaykjs and the Marley family for getting me on this amazing project by the legend #bobmarley… such a blessing to lay my vocals right next to the original vocals of the Gong…”