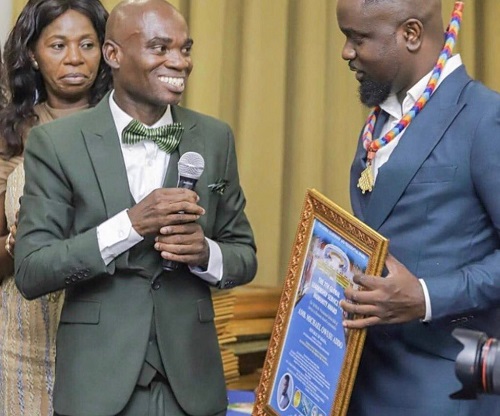 Sarkodie was one of the many personalities awarded at the Global Blueprint Excellence Award on Friday, August 28, 2020.

The awards scheme which was organized by one Dr Kwame Owusu Fordjour has seen several comments regarding its credibility.

Many have tagged the awards as a scam but the organizer insists it is genuine.

Sarkodie in series of tweets has reacted to the awards and talks concerning the whole scheme. 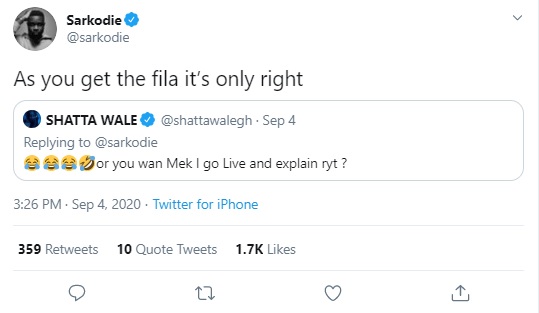 The evidence of the scam was revealed on Twitter after some tweeepers dug down to uncover what has come to be known as the biggest award scam of the year.

Dr Kwame Owusu Fordjour as he is known to many speaking to Joy News insists the awards scheme is not fake as people have carried it and he will throw more light on it in due time.

"I am just surprised, this is an open thing that we even advertised. If anybody has with me or the award scheme should come to me or contact as for clarification. You calling us fake when you don't know the rules is not the best. People are threatening me and I never wanted to speak out but have to. I have been an underdog for development, excellence and honouring others and attached ourselves to global icons and leadership to bring this award up."

The award scheme went viral after Ghana’s BET award winner Sarkodie posted his award on his official social media account with Johnny Hughes, Berla Mundi, D-Black and many others as recipients.

Kwame Owusu Fordjour and his entourage also managed to scam the Vice-Chancellor of the University of Ghana, Legon, Professor Ebenezer Oduro with the award. The university later reported the award on its website raising many eyebrows.

It was, however, uncovered by a young unnamed journalist who is yet to publish his findings that the awards were fake. The journalist tried to reach out to some senior journalists to help him fact-check his findings but to no avail.

According to a conversation stumbled on by ghanaweb.com, Kwame Owusu Fordjour lied under the pretence that the coronavirus pandemic was the reason why the awards couldn't be verified with the United Nations. He claimed that the UN was aware of the awards although staff of UN are working from home.