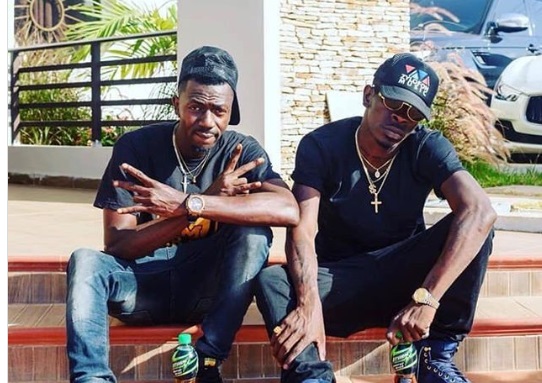 One of the sacked Militants Joint 77 says CEO of Shatta Movement Shatta Wale never appreciated his effort as a musician.

Joint 77 had been with Shatta Wale for a long time but faced his wrath when he sacked his Militants.

Joint 77 in an interview on Hitz FM said he feels Shatta Wale never appreciated his efforts.

"Shatta Wale has never appreciated my efforts. That is why I am where I am today. I felt he didn't like me but was only cool with me because he had stayed with me for a long time. I still see him as a big brother and I won't lie about him but he sacked me and I had to leave, now I want to raise my own bar"

The Melissa crooner confirmed that Natty Lee, Addi Self, Captan, and Joint 77 are no more part of his Shatta Movement family.

Their sacking was made public by an international fan of Shatta Wale who is known on social media as Shatta Bianca but in a live Facebook video he has explained why he had to sack them.