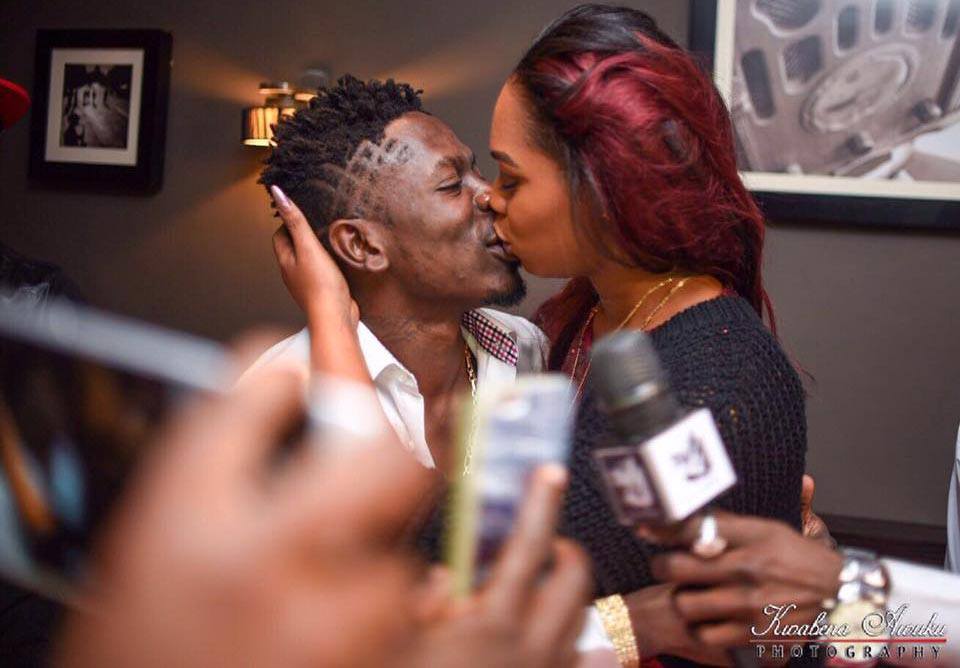 Its really getting interesting and muddy as Shatta Michy takes to her Instagram page accusing Shatta Wale of sending some private pictures and videos out to bloggers just to destroy her image.

Obviously, their relationship might be on the verge of collapsing if the established rumours going rounds on the internet are true and not one of their usual attention seeking tricks.

According to series of post sighted on Shatta Michy's Instagram page by PrimeNewsGhana, one can tell that indeed Michy is not ready to give Shatta Wale a second child as she allegedly accuses him (Shatta Wale) of sending secret some pictures which should be kept private to bloggers just to bring her down. 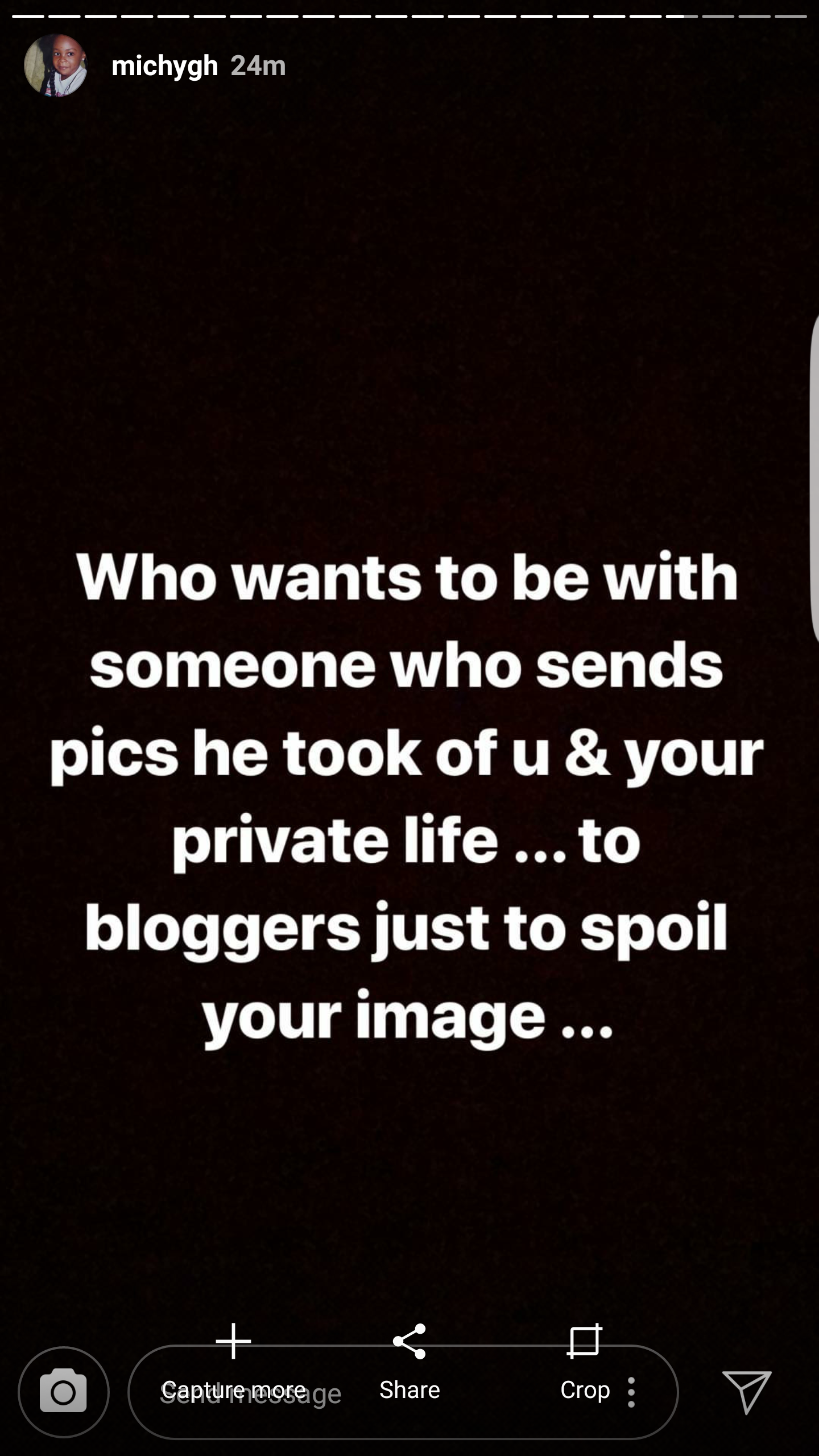 This comes after one of Ghana’s controversial Instagram pages, @thosecalledcelebs shared a photo of Shatta Michy and threaten to expose her naked videos and calling her junkie girl who smokes weed, cocaine, and tramadol. And she is ready to take Shatta Wale from her (Shatta Michy) for been a bad 'wife'.

Shatta Michy also disclosed that before she met Shatta Wale, a woman had already stabbed him in more than 4 places and his body and his daughter's mother was disgracing him in public places from one police station to the next and she didn't even believe in Shatta Wale's talents. 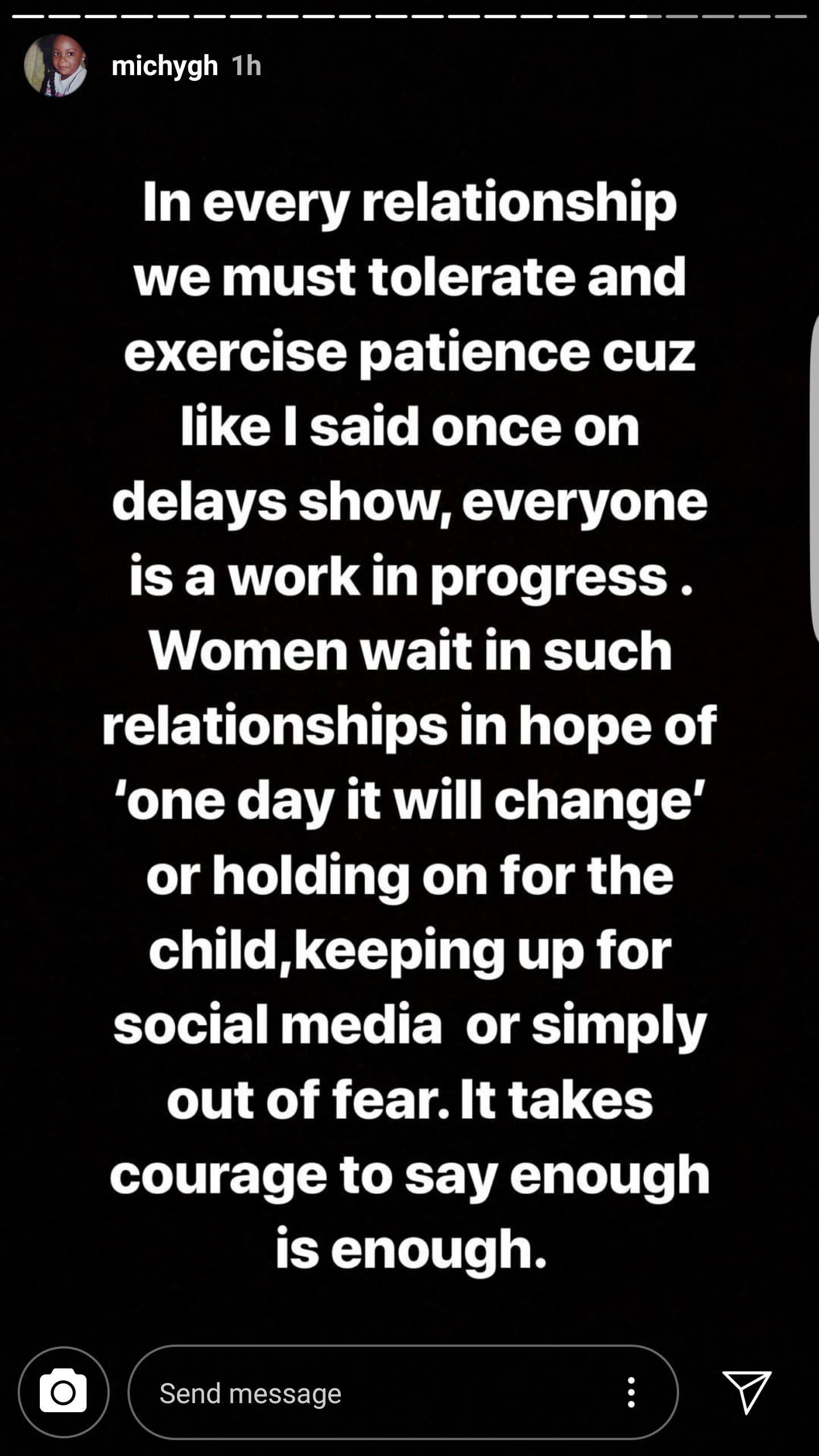