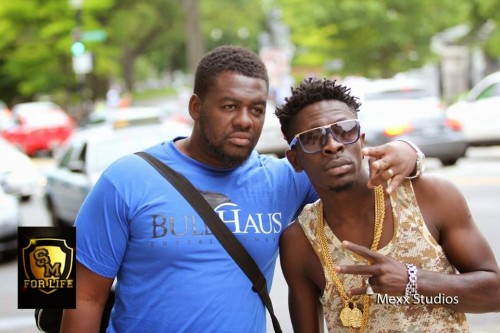 According to him, he would not advise the dancehall artiste to rejoin the scheme when the ban placed on him and his colleague Stonebwoy is lifted.

â€œThe transparency level is low when it comes to Ghana Music Awards...Iâ€™ve worked at Charterhouse and when I was there I had concerns,â€ he said in an interview on 3FMâ€™s Showbiz 927, Saturday.

He revealed that even though Shatta Wale had won Artiste of the Year in 2014, he felt the scheme still needed to fix some problems.

READ ALSO:Â We show our wealth to motivate others not to mock them - Davido

â€œI am not saying they stole, for my artiste. They didn't have a choice at the time, because in 2013 my artiste was all over,â€ Bulldog added.

His comments come after Shatta Wale along with his colleague Stonebwoy were not nominated for the 2020 edition of the VGMA.

The two were banned indefinitely from the awards scheme by organisers and stripped off all awards they won at the 2019 edition after they got into a brawl on the night.

Although fans of the artiste and some industry persons pleaded with the VGMA board and Charterhouse to lift the ban, they released their nominations without the names of the two.

CEO of Charterhouse, Theresa Ayoade, faced criticisms when she asked Ghanaians to rise above the two artistes and move on from the issue.

Shatta Wale released a song to express his displeasure while Stonebwoy addressed it at a press conference.

However, former communications director of Charterhouse, George Quaye came to her defence explaining that the comment was not to suggest the company wanted the death of two of Ghanaâ€™s biggest dancehall artistesâ€™ careers, as was being purported.

The host of Joy FMâ€™s Late Night Express said that Charterhouse does not have anything against the two artistes neither are they aiming to boycott them.

Bulldog, however, believes that the awards scheme â€œis not 100%â€ leaving their transparency questionable.

â€œI would not personally advise him to come back to the awards scheme. If he gets a change of heart as we do in the future, thatâ€™s his decision,â€ he added.