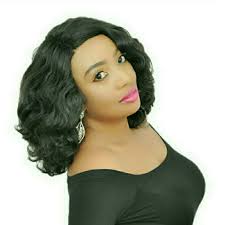 Singer, Diamond Appiah has described pollster, Ben Ephson as a 'stomach pollster' who has been influenced by the ruling National Democratic Congress (NDC) to conduct polls in their favour.

“Mr Ben Ephson aka "Stomach Pollster" aka "Noko Fio Pollster" Ghanaians are not interested in your Cock n Bull Polls influenced by money from the Ndc. What we are actually interested in is you telling us about the Brand new car n Money the Late Honorable n Sponsor of the NDC gave u after the Minor fire incident at your house n the Package you have received from the Ndc for this FAKE Polls bcos no Ghanaian saw u n ur team conducting it as u claim. #Invisible n imaginary pollsters wo krom #Hi 5 y'll #Change is Coming”

Her tirade comes on the back of Mr Ephson's polls which suggested that President Mahama was going to win the December 7 elections in the first round.