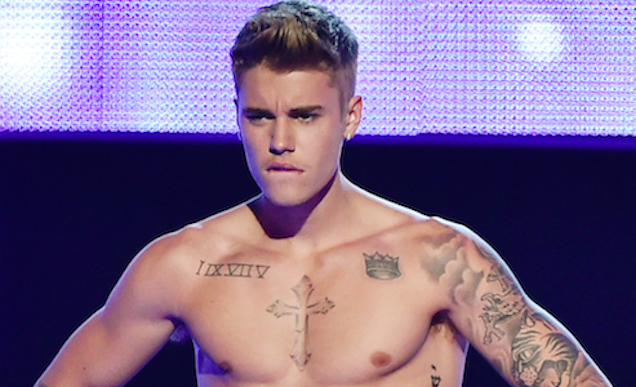 Bieber was sued for egging the same neighbour's house in 2014 and forced to pay $80, 000 as cost of repairs after pleading noÂ contest to vandalism charges.But the neighbour, Jeffrey Schwarz is now pressing ahead with a bid for compensation over another alleged row.According to documents obtained by TMZ, Schwarz claims the singer assaulted him and caused emotional distress after spitting at him during an argument.He also wants to grill Bieber's bodyguard Michael Arana about the row.In July, the singer demanded Schwarz and his wife Suzanne undergo a mental evaluation to prove they're still battling psychological issues as a result of the incident two years ago.The couple - who claimed in their previous lawsuit the singer had subjected them to the consequences of loud parties and drug use - have claimed they are still battling with headaches and insomnia following the incident, despite the pop star moving out of the area.