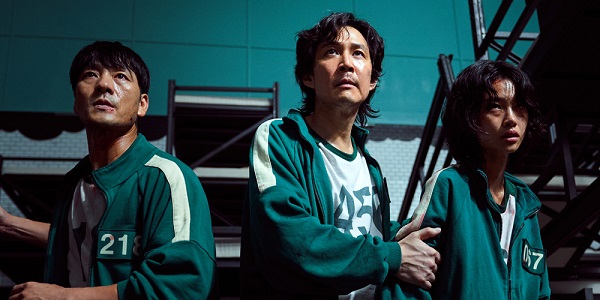 It may be the most obvious development in streaming television history, but Netflix’s chaotic megahit, Squid Game, will indeed return for season 2, confirmed officially by writer/director Hwang Dong-hyuk in an interview with the AP.

While Hwang Dong-hyuk has spoken about potential ideas for Squid Game season 2, this is the first time he’s actually said that it was definitely happening. Here’s the translation of what he said in the AP interview, which you can watch below:

COMEBACK SQUID: Hwang Dong-hyuk, the director, creator, writer of #SquidGame says the show will be back with more Gi-hun adventures. pic.twitter.com/uqC1DIdZqy

"So there’s been so much pressure, so much demand and so much love for a second season. So I almost feel like you leave us no choice! But I will say there will indeed be a second season. It’s in my head right now. I’m in the planning process currently. But I do think it’s too early to say when and how that’s going to happen. So I will promise you this…(in English) Gi-Hun will come back, and he will do something for the world.”

Again, Hwang Dong-hyuk has spoken about the potential of a second season before. Here’s what he had to say previously about the prospect, where he says he would need help this time, where previously, he wrote and directed every episode of Squid Game himself:

“I don’t have well developed plans for ‘Squid Game 2.’ It is quite tiring just thinking about it. But if I were to do it, I would certainly not do it alone. I’d consider using a writers’ room and would want multiple experienced directors.”

Later, he talked openly about one potential idea for season 2 involving a newfound focus on the police, using the Frontman as a focus:

“If I do get to do one — one would be the story of the Frontman [a former cop who now oversees the game]. I think the issue with police officers is not just an issue in Korea. I see it on the global news. This was an issue that I wanted to raise. Maybe in season two I can talk about this more.”

Hwang Dong-hyuk has previously said that Squid Game has not made him rich like the VIPs on the show, given that his original contract with Netflix to make the series didn’t come with a performance bonus.

READ ALSO:  How the violence in ‘Squid Game’ can impact your soul

But obviously, given the sweeping success of the series, where it’s more than twice as popular as any other Netflix original in history, there’s little double he would be able to negotiate a generous package to return and make season 2, even if that was not necessarily the original plan, and he’s now having to build his ideas from scratch.

This is also the first official confirmation about Gi-Hun’s return, which is sort of a spoiler in and of itself, but if you watched the end of the show, you’ll know that of course he would be a character with a presence in the second season, even if there was a new game running he was not participating in. And it seems likely the Frontman (and possibly his brother?) will return as well.

As for a timeline, I would expect it to take longer than a year to get Squid Game season 2, given that he’s still just conceptualizing the season as we speak. So 18 months? Two years? I wouldn’t rule it out, but whenever it hits, it will be huge.