How the violence in ‘Squid Game’ can impact your soul 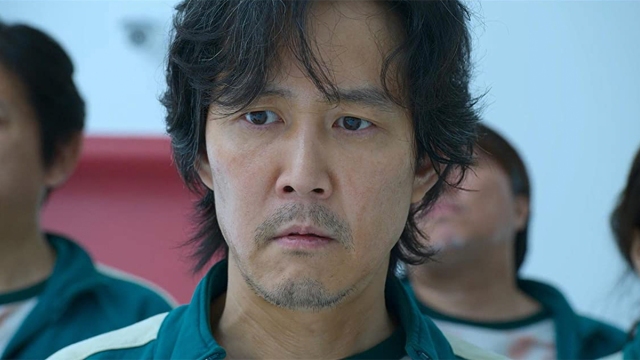 How the violence in ‘Squid Game’ can impact your soul
Shares

Netflix's most popular launch can have a negative influence on your soul, or the soul of your children and grandchildren, states this article by pro-Catholic website, Aleteia.

According to Netflix, “Squid Game has officially reached 111 million fans,” making it their biggest series launch ever. The South Korean series centers on hundreds of cash-strapped players who accept a strange invitation to compete in children’s games. What happens next is a violent survival game that kills anyone who loses in a grotesque manner.

The popular series on Netflix is rated, “MA,” meaning that it is not meant for anyone under the age of 17. However, it’s popularity has reached middle school aged children and younger.

Most believe characters from Squid Game will be the most popular Halloween costumes in 2021.

What is disturbing is that schools are issuing statements to warn parents to keep their children away from the show, as children are starting to act out the games from the show at school.

For example, according to CNET, “one school in Belgium is reporting that kids are mimicking the show on the playground, and beating up those who lose the games.”

While there may exist positive themes of class struggle in Squid Game, those themes will not be recognised by children or other vulnerable individuals. Instead, the violence will be the focus and can have a dangerous impact.

Dangers of violence in media

St. John Paul II warned about the dangers of excessive violence in the media in 1995 in a message for World Communications Day.

As happens with all the media of social communication, the cinema, as well as having the power and the great merit of contributing to the cultural and human growth of the individual, can oppress freedom—particularly of the most weak—when it distorts the truth and when it presents itself as the mirror of negative types of behavior, using scenes of violence and sex offensive to human dignity and “tending to excite violent emotions to stimulate the attention” of the viewer.

He went on to say that this portrayal of violence, “cannot be defined as free artistic expression.”

The Pontifical Council for Social Communications released a document in 1989 that also dealt with this issue, detailing the spiritual effects of violence on children.

The document also notes that no one is safe from such portrayals, and that they risk further degrading society.

While no one can consider himself or herself immune to the corrupting effects of … violence or safe from injury at the hands of those acting under their influence, the young and the immature are especially vulnerable and the most likely to be victimized…sadistic violence…corrode human relationships, exploit individuals – especially women and young people, undermine marriage and family life, foster anti-social behavior and weaken the moral fiber of society itself.

Squid Game is a reminder to us all that it is not spiritually healthy to surround ourselves with violent images. We may think we are immune, but the more we saturate our souls with violence, the more likely we will act on it.