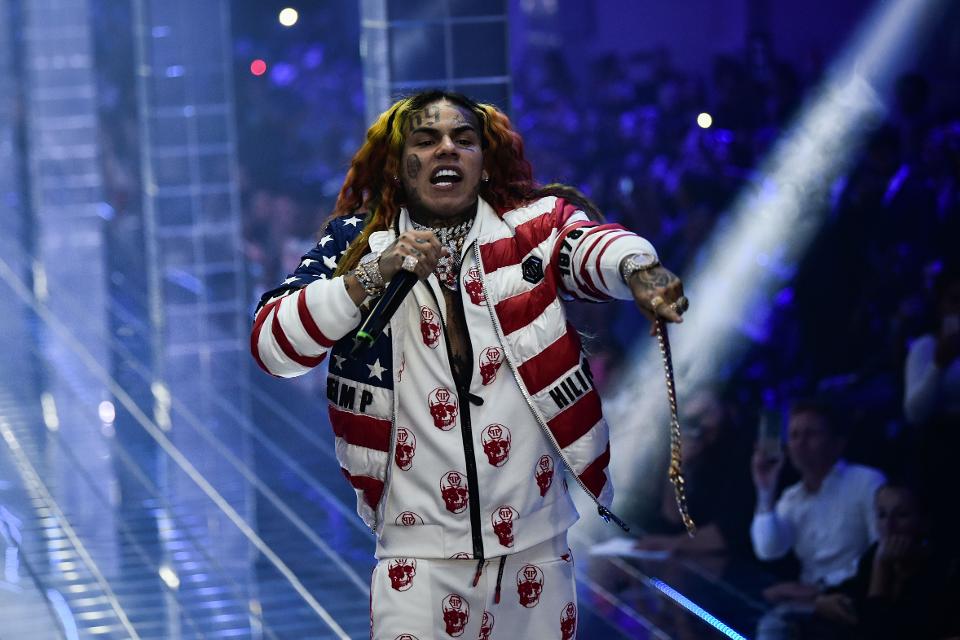 Last November, Tekashi—born Daniel Hernandez—and his associates in the Nine Trey Gangsta Bloods were arrested on racketeering and firearms charges under the Racketeer Influenced and Corrupt Organizations Act, or RICO. The rapper and his affiliates participated in these activities “for the purpose of gaining entrance to and maintaining and increasing position in (gang) Nine,” according to court documents.

Tekashi acknowledged his association with the Nine Trey Bloods and pleaded guilty to armed robbery and drug trafficking in a hearing earlier this year. The rapper had already begun providing information to law enforcement the night before he was arrested and publicly distanced himself from Nine Trey last November. During his September testimony, Tekashi testified against former associates Anthony “Harv” Ellison and Aljermiah “Nuke” Mack, while also alleging that rapper Jim Jones was a Nine Trey member and that Cardi B was a member of the Bloods.

Last week, federal prosecutors wrote a letter recommending Tekashi receive a sentence below the minimum of 47 years in prison. Some speculated the rapper would walk free today.

This sentence will certainly throw a wrench into Tekashi’s ascendant music career. Last year, his debut studio album Dummy Boy peaked at No. 2 on the Billboard 200, coinciding with his arrest. The album included the smash hit and Nicki Minaj collaboration “Fefe,” which peaked at No. 3 on the Hot 100 and has been certified 8x platinum by the RIAA.