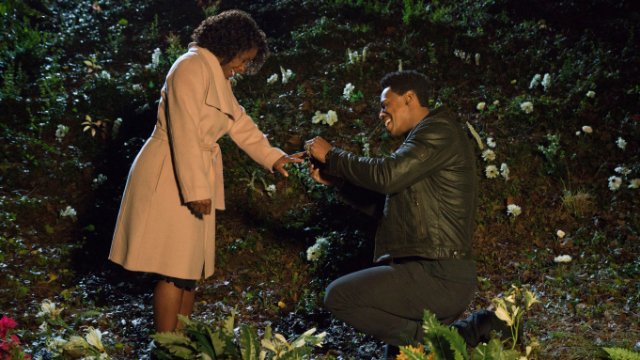 Tyler Perryâ€™s thriller A Fall from Grace has been watched by 26 million accounts on Netflix in the first week after its January 17 debut on the streaming service.

The writer-director-producer took to social media Monday to reveal the number, which Netflix confirmed.

Crystal Fox, Mehcad Brooks, Phylicia Rashad, Bresha Webb, Cicely Tyson and Perry star in A Fall From Grace, about a divorced woman (Fox) disheartened since her ex-husbandâ€™s affair and feels restored by a new romance. But when secrets erode her short-lived joy, Graceâ€™s vulnerable side turns violent.

Perry wrote and directed the movie, which was originally announced in November.

READ ALSO:Â I don't owe you anything and you're a cheat - Ola Michael replies Kofi Adjorlolo (video)

â€œMy heart is full. Iâ€™m grateful, Iâ€™m humbled by it,â€ Perry said in the video released Monday. â€œIâ€™ve always wanted my movies to open around the world, and that was the first time, so thank you Netflix. Thank you. I saw you all around the world watching, so thank you.â€

Murder Mystery starring Adam Sandler and Jennifer Aniston was watched by 30.87 million accounts when it bowed last June, which made it the biggest opening weekend for a Netflix film.