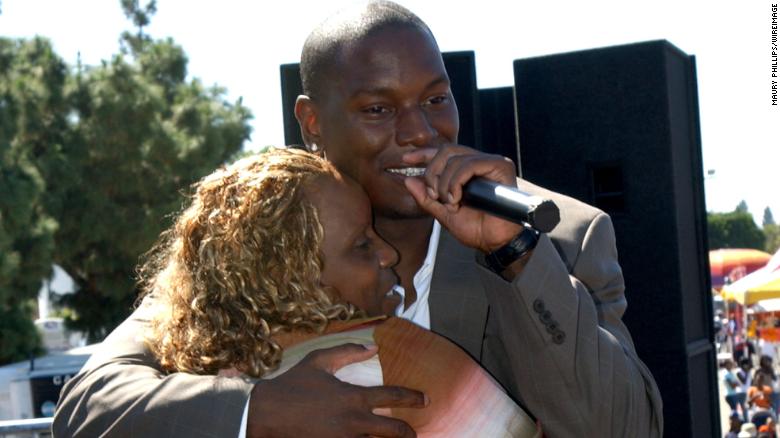 Tyrese Gibson asks fans to pray for his mother
Shares

Actor and singer Tyrese Gibson has asked fans to pray for his mother following her hospitalization with pneumonia and Covid-19.

Gibson shared on Instagram Saturday that his mother, Priscilla Murray, was in the intensive care unit, telling his 15.2 million followers that he left a film set to be at her side.

"My mother is in a coma, in ICU, with Pneumonia and she caught Covid they got her so sedated she can't breathe or even eat on her own....... This has been going on all week I haven't posted [ I'm doing it this time cause I feel helpless," he captioned a picture of himself sitting in a corridor during a shoot.

The 43-year-old, best known for playing Roman in the "Fast & Furious" franchise, described the post as his "cry for help," adding that he needs "the most sincere prayers from you prayer warriors."

He continued: "Hold on mother I'm there by your side in a few days..... God is able to do things, he's pulled you OUT of a coma before..... Oh God I seen the light things have been going so well.... Now this....Please guys praise you pray and even write out the prayers in the comments so that me and my family can read and be encouraged."

Gibson, who the youngest of four siblings, wrote: "I'm her Baby Boy I don't know if I will be able to handle this one."

In a caption on an old photo of his mother resting her head on his shoulder, Gibson wrote: "Mother we need you and love you please keep fighting...Sincere prayer warriors my mother needs you now more than ever...."

On Sunday night, Gibson made a series of follow-up posts, including one letting fans know she was showing signs of improvement. He asked them to keep praying for her.

"Life is to be lived from here I believe it and I ask that you continue to pray over my mother," he wrote, adding: "The prayers are working all of her vital signs are UP since last night I believe in the mighty power of Jesus to keep mother and cover mother WE have so much more to do."

A video shared on his Instagram appeared to show him speaking words of encouragement to his mother at her hospital bed.

The "Sweet Lady" hitmaker was inundated with messages of support from fans and fellow celebrities, including TV personality and actress Lala Anthony, who wrote: " Sending u love and strong prayers Always. Praying GOD will bring her through this 🤍."