Video: I had to address KiDi on air to save my image, I don't regret my action - Nana Romeo 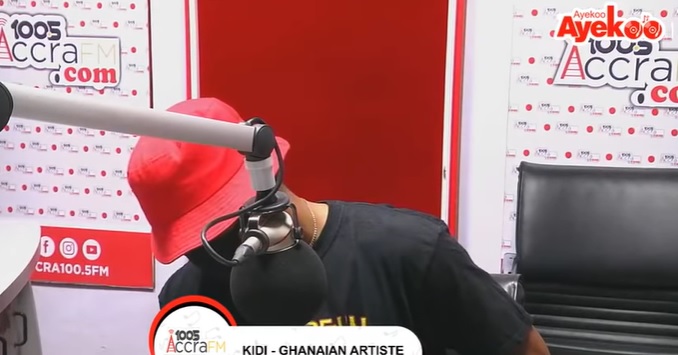 The host of the mid-morning show on Accra 100.5FM Nana Romeo says he has not regretted sacking KiDi from the Accra FM Studio.

Nana Romeo 'embarrassed' KiDi for reporting late for an interview.

The interview was supposed to have started 11:am, according to producers of the show however KiDi reported to the studio at exactly 11:25 AM, an action that got Romeo infuriated.

Romeo speaking in an interview with ZionFelix said the interview was booked by KiDi and his team so he had to report early, he added that he had to save his image hence he addressed him on air.

"I have told the listeners KiDi was coming at 11:am, we had people who would stop what they were doing to listen to him, they would blame me for KiDi not appearing on the show so to save my image as a radio presenter I had to address him on air. When he came I asked why he was late and whether he does not respect the show, he said he was sorry but I asked him to explain to Ghanaians and he said he felt embarrassed"

Host of the mid-morning show on Accra 100.5FM, Nana Romeo, on Thursday 14th May, sacked musician Kidi from the studios for reporting at 11:25, for an interview which was scheduled for 11 am.

An obviously disappointed Nana Romeo called Kidi out for being late, and for doing that consistently with Accra FM and called off the interview.

KiDi apologized for his action saying: “I apologize for this, I don’t mean to disrespect anybody. I don’t like the way I have been spoken to this morning but I apologize.