Video: Shatta Wale and Stonebwoy perform together at Ashaiman to the World Concert 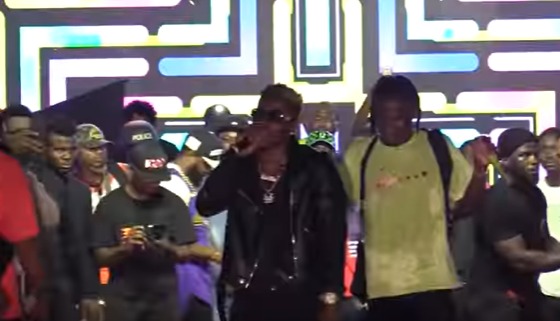 The much-awaited Ashaiman to the World concert was successfully held at the Saka Saka Park inside Ashaiman on Saturday, November 30, 2019.

Shatta Wale made a surprise appearance at the star-studded event and it was a sight to behold as fans of Stonebwoy gave him a very warm reception as they jammed to his songs.

Shatta Wale initially joined Stonebwoy to perform for a period before he single-handedly managed the stage and sent the crowd into a state of frenzy.

Other artists who performed at the show include; Medikal, Strongman Burner, Sarkodie, Obrafour among others.