Video: Stonebwoy rolls with Kwame Despite, other bigshots at McDan’s private terminal launch 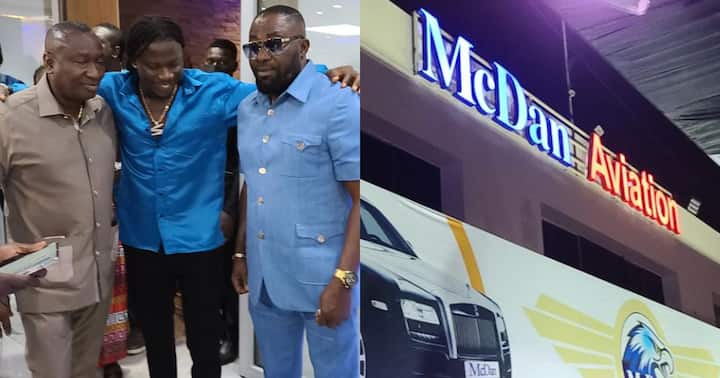 Stonebwoy rolls with Kwame Despite, other bigshots at McDan’s private terminal launch
Shares

Dancehall musician, Livingstone Etse Satekla, aka Stonebwoy, was among top celebrities that graced the plush opening of the McDan Private Jet Terminal & Lounge at the Kotoka International Airport.

The 'Activate' hitmaker was also photographed with actor and evangelist Majid Michel, and subsequently, with women adorned in traditional outfits.

READ ALSO: There’s money in the creative industry but if you’re not wise you will become a beggar -  Socrate Sarfo

He was among the top celebrities who graced the official opening of the new terminal on Friday, January 28.